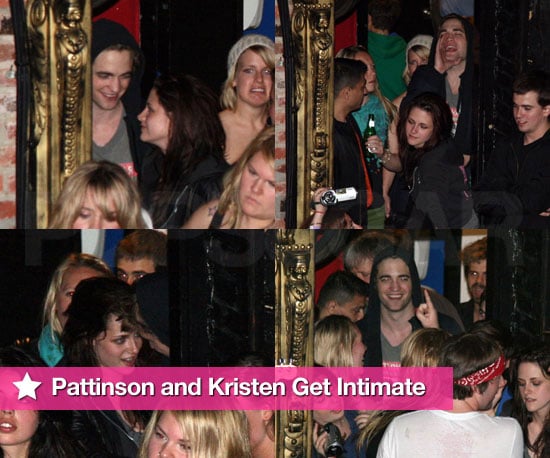 Robert Pattinson and Kristen Stewart have had rumors around about their relationship since they signed on to the Twilight series, and this weekend the two left their costars out of it and went to a concert together. They were out to see Sam Bradley, an old friend of Robert's who has contributed to the movie soundtracks, at a benefit concert for the Gewa Project. Robert and Kristen have something fun to celebrate as well, Twilight was nominated for seven MTV movie awards including best kiss. Looking at these photos, it's easy to see why — the chemistry is unmistakable.

Previous Next Start Slideshow
Robert PattinsonKristen StewartTwilight
Around The Web