We revealed the 2009 PopSugar 100 on Monday, and while Robert Pattinson took home the number one spot, Heidi and Spencer Pratt had good showings as well. Spencer came in at number 76 and Heidi at 69, but both scored much higher when it came to most commented, with Heidi in the 10th spot and Spencer at 19. The reality TV stars chatted with us a little about their past year, revealing their highlights and ambitions for 2010. Here's more: 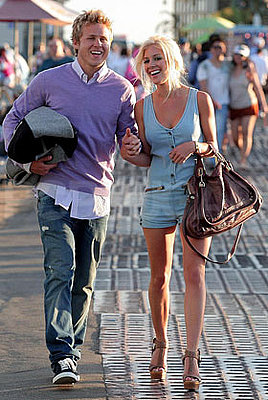 To see what they had to say about who would win in a fight, Spencer or Robert Pattinson just read more.

Heidi and Spencer certainly don't suffer from a lack of confidence — though we have a feeling there's some Twi-hards who might disagree about who would win any head-to-head matchup.