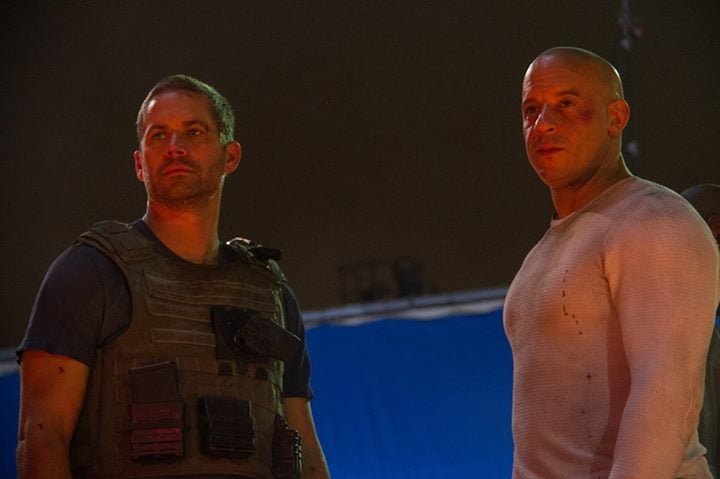 After Paul Walker's tragic death earlier this year, the fate of what will now be his final movie in the Fast and the Furious franchise was left up to the air. First, Universal delayed the film indefinitely, then it was decided that the film would be rewritten in a way that would honor Walker's memory. Now we've got a new release date; Vin Diesel announced on his Facebook page that Fast & Furious 7 will hit theaters on April 10, 2015 — a little less than a year later than the film's original July 2014 release. Diesel also posted the following message (along with the image above): "The last scene we filmed together . . . There was a unique sense of completion, of pride we shared . . . in the film we were now completing . . . the magic captured . . . and, in just how far we've come . . . Fast & Furious 7 will be released . . . April 10th 2015! P.s. He'd want you to know first . . ." What will become of Walker's character, Brian O'Connor, is yet to be determined, but it sounds like we'll be able to see at least some of the footage that Walker had already filmed.

Halloween
This TikToker Re-Creates Iconic Scenes From Your Favorite Movies, and They're Hilariously Spot-On
by Yerin Kim 22 minutes ago

Movies
HBO Max's The Witches Is More Like the Book Than the Classic '90s Film, but With a Twist
by Mekishana Pierre 16 hours ago

Hero Fiennes-Tiffin
After We Collided: Why Tessa and Hardin Aren't Actually Good For Each Other
by Monica Sisavat 3 days ago

by Maggie Ryan 32 minutes ago