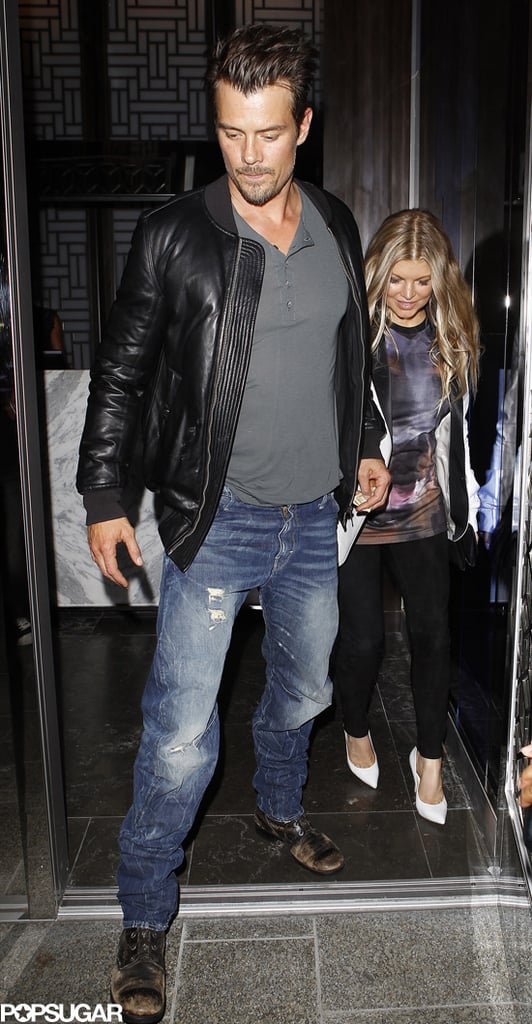 Fergie made her first postbaby appearance when she grabbed dinner with Josh Duhamel at Hakkasan in Beverly Hills last night. The two dined together after Josh had returned from his trip to NYC to attend a Hugo Boss event alongside the newly single Liam Hemsworth. Despite stepping out for a date night, Fergie has been laying low after giving birth to the couple's son, Axl, on August 29. Last week, Fergie and Josh shared the first photos of their adorable little one on Twitter and Instagram, eschewing the traditional celebrity route of debuting their tot in a magazine.

Oddly enough, Hakkasan in Beverly Hills has been a go-to spot for new parents. Over the weekend, Kim Kardashian and Kanye West made their first joint postbaby appearance there while grabbing dinner with friends. 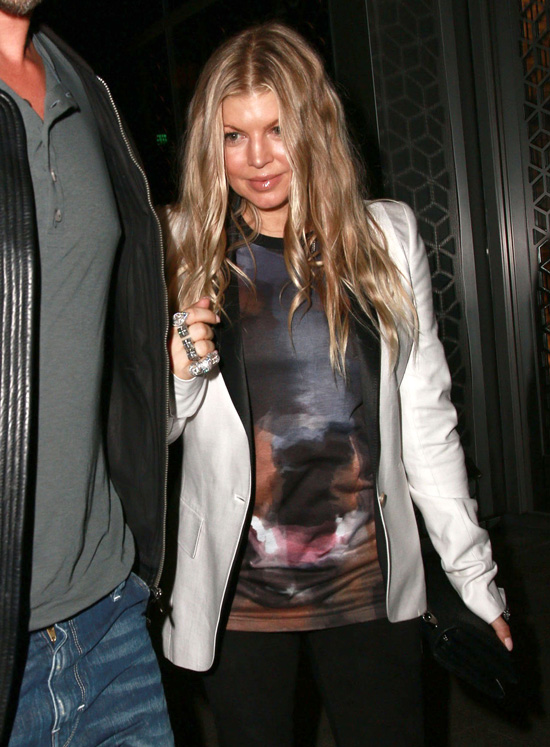 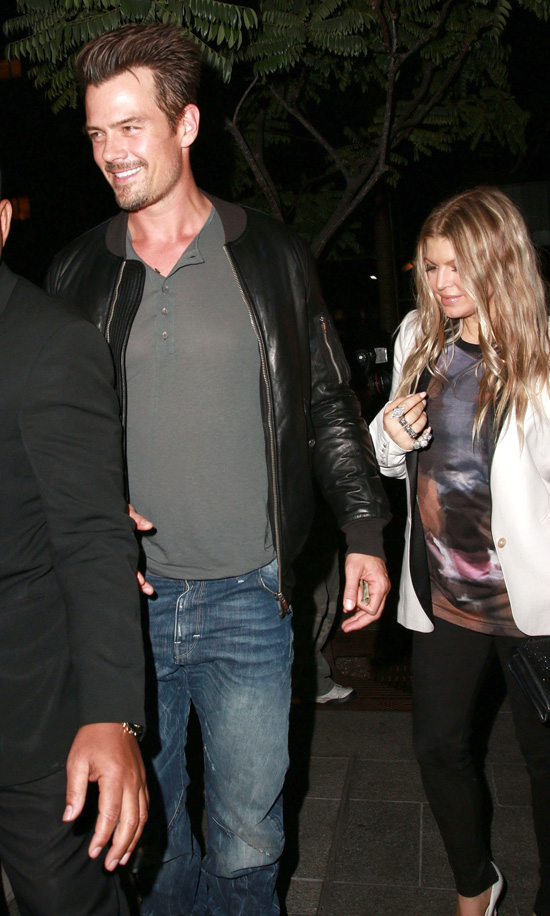