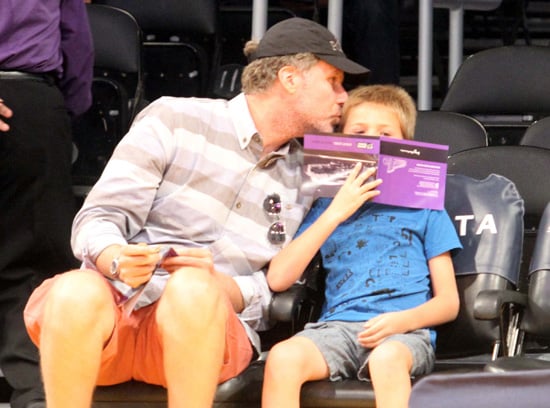 Will Ferrell proved that even hilarious celebrity dads can embarrass their children when he planted a sweet kiss on his son Mattias's head, much to the young boy's embarrassment. The funnyman brought his Vans-wearing son to the Staples Center in LA yesterday to watch the Lakers play the Denver Nuggets. This isn't the first time that Will has made his children blush over the past few weeks — he brought Mattias and his brothers, Magnus and Axel, on stage with him when he presented at the 2013 Emmy Awards in September. Mattias, who was dressed in a soccer uniform, spent most of his time on stage trying to stifle his giggles. 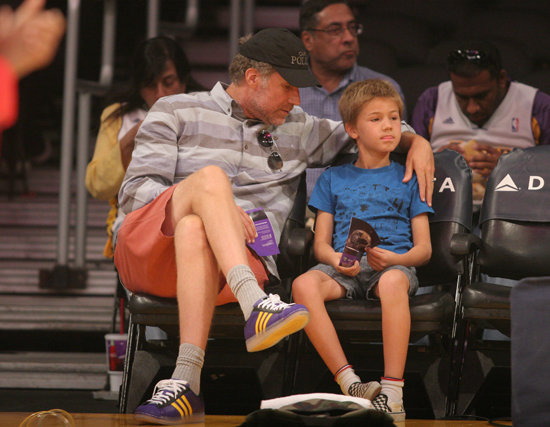 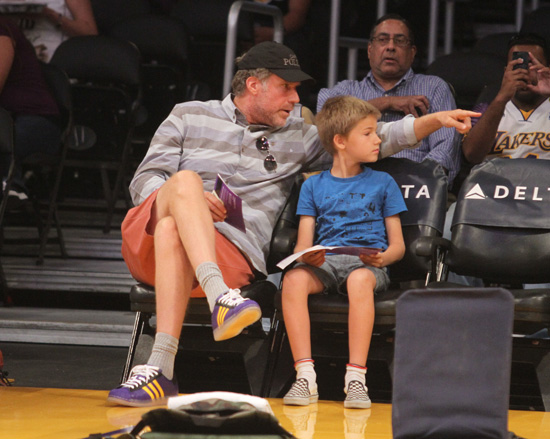 Image Source: WENN
Will FerrellCelebrity Kids
Around The Web