It's been a long, hard hiatus people but we've finally made it to the new episodes of Lost! While the break was difficult, we are now rewarded with 16 straight episodes. If you need a review before tonight, get caught up with this Lost refresher course. In the meantime, here's a little Josh Holloway tidbit. The sexy actor tells Elle Magazine that he was the "king" of pick-up lines. Here's highlights: 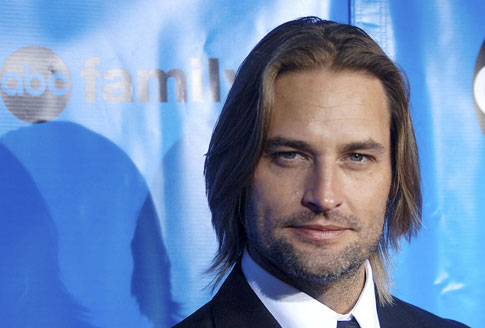 It's a good thing he's married so hopefully those groan-inducing lines can be retired for good. Check out the cheesy pick-up line-free and action packed new episode of Lost airing tonight at 10pm on CBS!