We've got a special first look at Victoria Beckham's upcoming appearance as a guest judge on American Idol before the show returns next Tuesday night. She was decked out in a purple Victoria Beckham Collection dress for the Denver auditions back in August, and we'll see that particular episode on Feb. 2. Next week's season premiere will feature her with Simon Cowell, Kara DioGuardi, and Randy Jackson in Boston, and Posh recently opened up about what it was like working with the gang. Here's more: 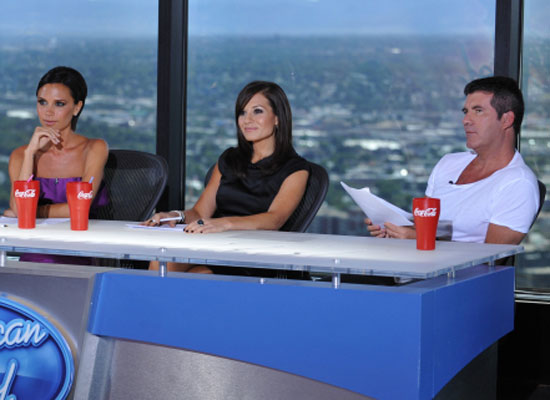 Fall Fashion
Emily Ratajkowski Is the Essence of Sexy, Bold Maternity Style in This Cutout Dress
by Sarah Wasilak 10/27/20