Angelina, Brad and the rest of the Jolie-Pitt family arrived in Manhattan last night before Angie's Saturday premiere of Changeling. The family flew in from Germany where they just started living while Brad films Inglorious Bastards after spending the Summer in France. Shiloh looked adorable and sleepy after the long flight while Brad carried in Zahara and one of the twins in the carseat. We've heard news of Angelina the past few months, from the large donations that have been given to rumors of trouble between her and Brad, but it's fantastic to get a peek at her after all of this time. Hopefully we'll see more of the Jolie-Pitts as they play around the Big Apple, but for now it's great to get a glimpse at the family arriving back in the states. 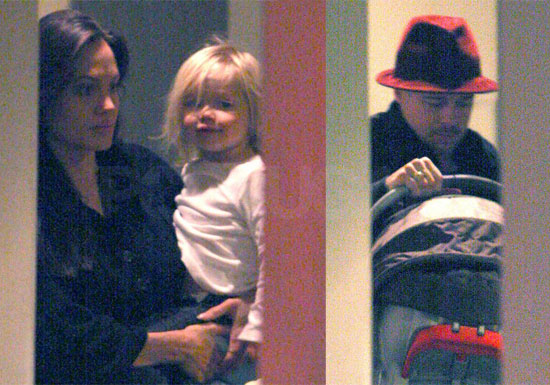