Forbes released its annual Top-Earning Hollywood Actresses list based on the salaries they acquired from June 2008 to June 2009. Angelina Jolie earned the most with $27 million, narrowly beating out Jennifer Aniston, who brought in $25 million. Meryl, SJP, and last year's winner, Cameron, made the top five while Sandra, Reese, Nicole, Drew, and Renée rounded out the 10, which included a few ties. Many of these ladies have had blockbuster hits this past year, and Reese and Nicole were number one in 2007 and 2006 respectively. Tell us — are you surprised these are the 10 highest-paid actresses in Hollywood? 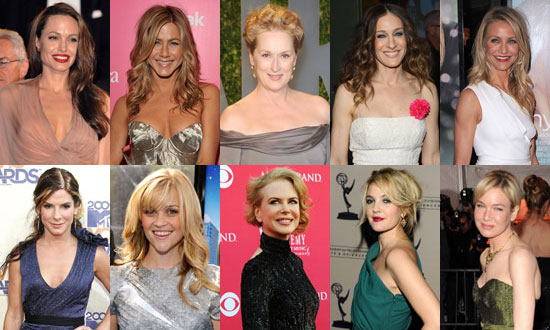