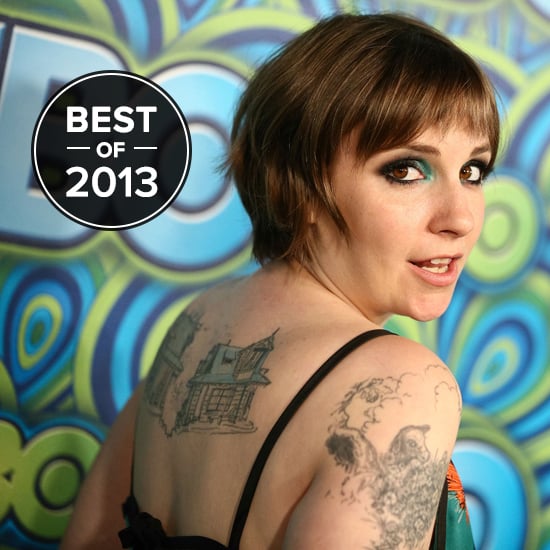 One of the best parts of scrolling through your Twitter feed is getting to see all the hilarious thoughts and quips of your favorite celebrities. From Sarah Silverman's Target struggles to Zooey Deschanel's grudge against nonfat milk, 2013's tweets brought us tons of tears of laughter. We're taking a look back at some of our favorites along with the most appropriate hashtag we could think of to go with them.

are we bringing back jelly sandals this summer or what?

I love that The Arclight plays movie scores in the bathroom. Makes me feel like the stakes are VERY high when I'm peeing.

I wish you could Shazam someone's face

Thank you, the day after Thanksgiving, or as the makers of sweatpants call it, “the busy season.” #ThanksgivingThankYouNotes

You guys, I just chased a waterfall. Don't do it.

See our hashtags for the rest of our favorite tweets below!

Just farted on a wood chair in public but thankfully no one heard it because I have my earbuds in.

i may be crazy but that doesn't mean God can't talk to me in the shower.

Can I use Grindr to find a gay man to tell me if my outfit is okay?

Dear All Hotels: Why so many pillows? Are you planning to smother me? Are you hoping it will happen on its own?

shocked myself on a wall socket. i think i am a superhero now but am not ready to test it.

"I know lets put stickers on every single piece of fruit sold in America!" -Satan

Unfollowing lifelong friends & valued colleagues for posting pictures of food today. Think you get a pass on Thanksgiving? Think again.

I'm in love with every firefighter

Kristen Bell
Kristen Bell on Teaching Her Kids About Confidence: "Beauty Is a Rainbow, Not a Standard"
by Kelsey Castañon 1 week ago