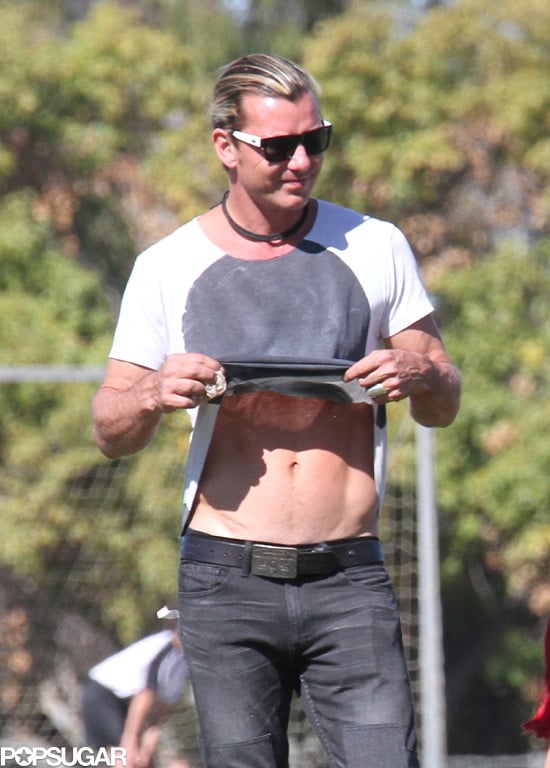 Yes, Gavin Rossdale has still got it. The Bush frontman flashed his well-toned abs in LA yesterday while chatting with fellow parents during his son Kingston's soccer practice at a local park. Stomachs are currently the topic du jour for Gavin's family as his wife, Gwen Stefani, confirmed speculation that she's pregnant with her third child after cradling her growing baby bump at a charity gala on Thursday.

While his wife has been preparing for their new baby, Gavin has been hard at work on new music with his band. Gavin apologized to his Twitter followers on Friday for being "woefully absent" but clarified that it was because he was hard at work on his new album. 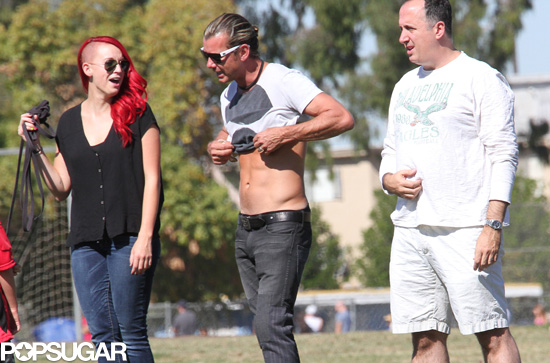