This week, an icon from movies, comedy, and many of our childhoods passed away: Gene Wilder, the original Willy Wonka, died at age 83 from complications of Alzheimer's. The loss, like so many beloved actors, was felt deeply by many, but when I heard the news, I had a second, happy thought after the initial grief-filled surprise: he's with Gilda now.

Gilda Radner was Gene Wilder's third wife — she was married to someone else when they met, and he would marry after her death. On paper, it sounds like the kind of Hollywood marriage you'd read about in every tabloid today — they were married to others before their union and only had a few years of marriage; nothing incredible-sounding. But Gene and Gilda had so much more than a Hollywood marriage; theirs was the meeting of two comic geniuses, of course, but also, the kind of romance that's almost more special for what happened after one partner's tragic death than what happened during the relationship. 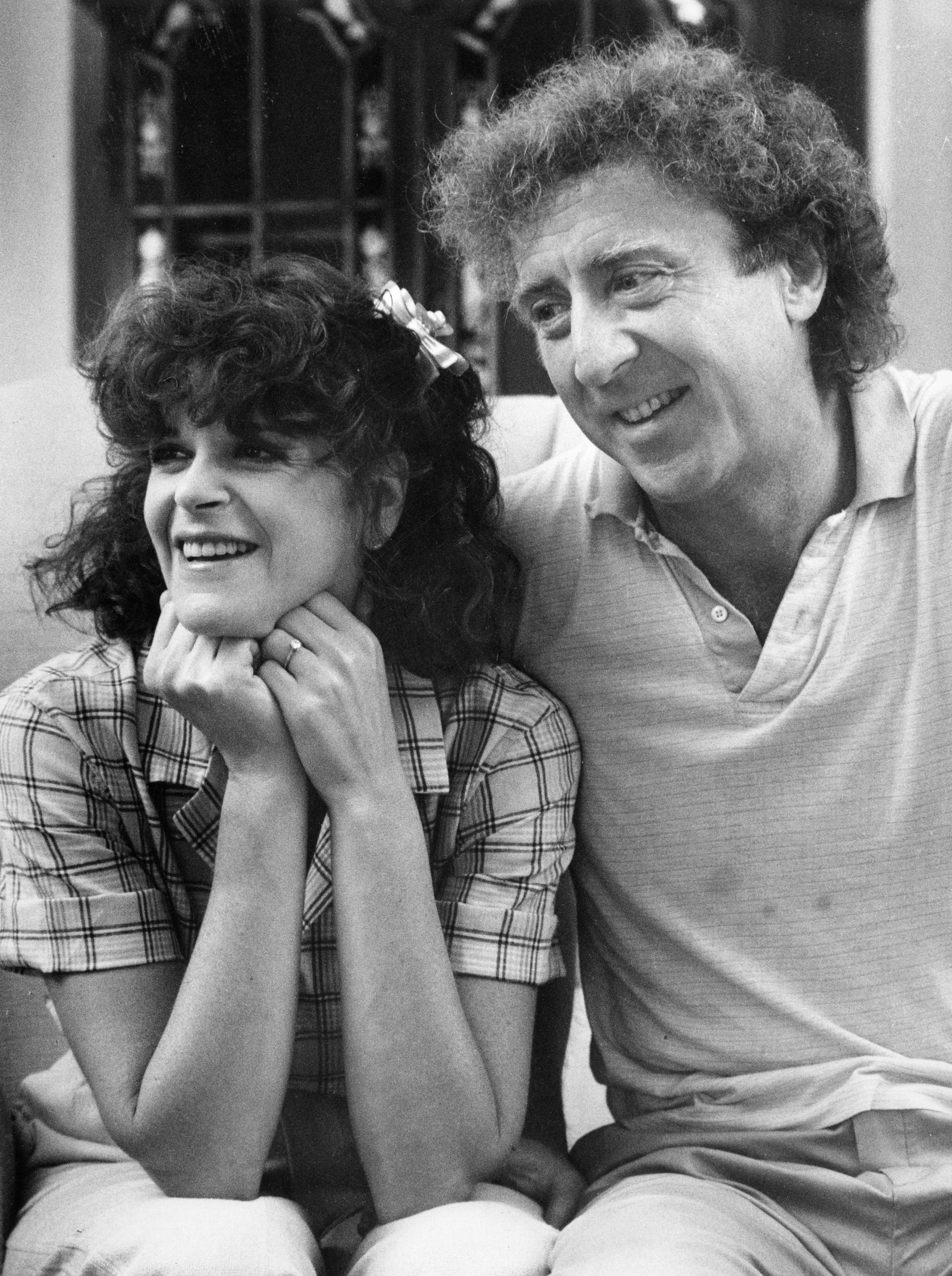 Gene met Gilda in August of 1981 on the set of their movie: Hanky Panky, a comedic caper directed by Sidney Poitier. Gene was 48 years old and had already been married twice; neither marriage lasted even a decade, and he'd been divorced for several years when he met Gilda. Gilda was one of the original cast members of Saturday Night Live (she created the legendary Roseanne Roseannadanna character), and she had been married to musician G.E. Smith, who would later become the SNL bandleader, for over a year. In her autobiography, It's Always Something, Gilda described her meeting Gene as "love at first sight." She wrote, "My heart fluttered — I was hooked. It felt like my life went from black and white to Technicolor." They married on Sept. 18, 1984, and would make two more films together: The Woman in Red and Haunted Honeymoon. 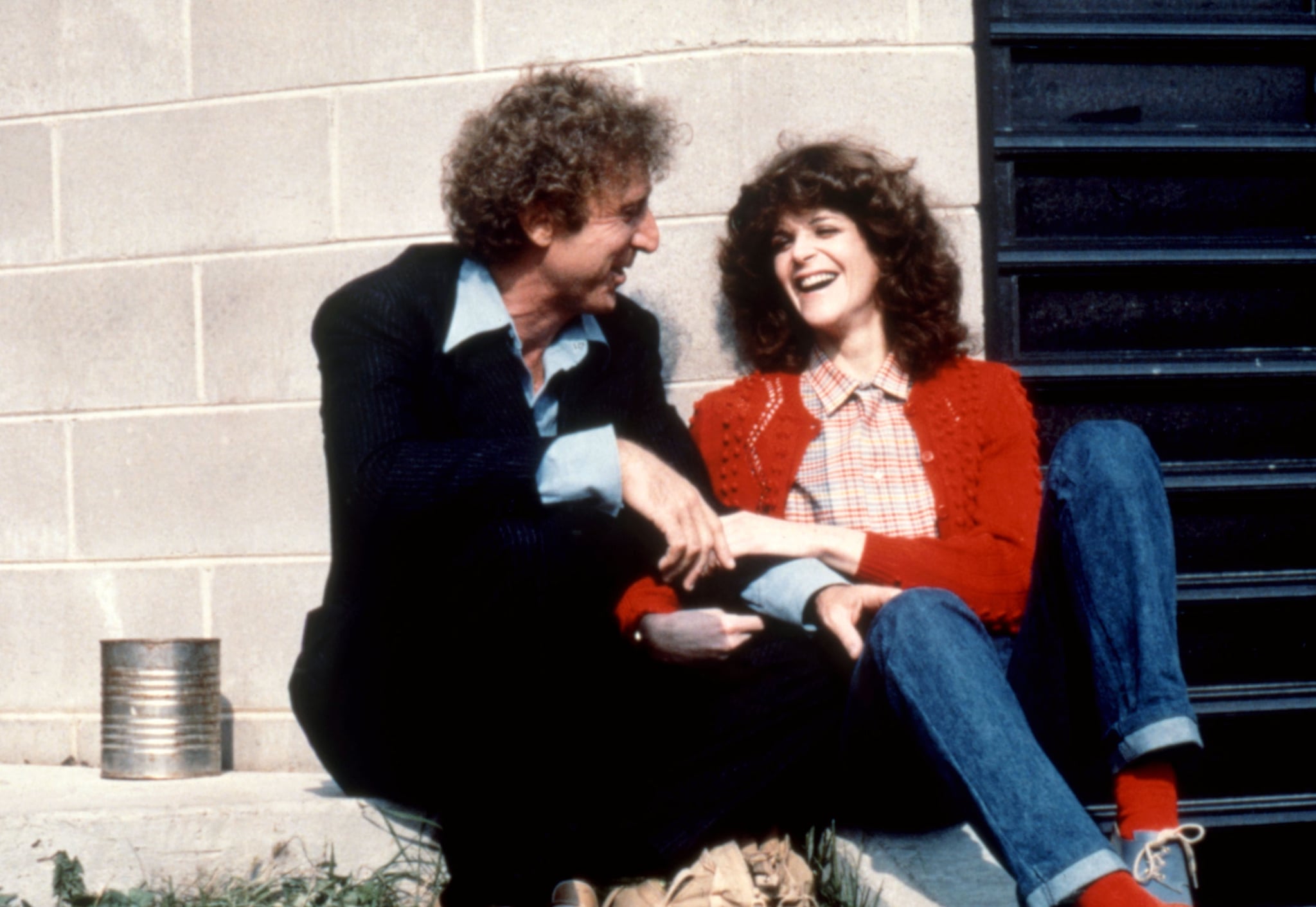 
Gene and Gilda on the set of Hanky Panky

In 1986, just two years after marrying, Gilda was diagnosed with ovarian cancer after almost a year of misdiagnoses. She would undergo a hysterectomy and chemotherapy, and be pronounced cancer-free in 1988, but in 1989, her cancer had returned, and in May of 1989, she died after undergoing a CT scan. She was 42 years old. Gene was 55, and was at her side when she died. They'd been married for five years. The year after her death, in an interview Gene gave to Connie Chung, it was revealed that he stopped acting to care for her, kept her laughing, and kept the fact that she only had a 20 percent chance of survival a secret.

This week, a story about a sweet thing Gene did to comfort Gilda in the hospital went viral. It's stories like that that help you smile when you read that Willy Wonka died at 83 or when you're reminded that his wife had suffered from ovarian cancer in the '80s. And it's just the beginning of the beautiful things Gene would do for Gilda — things that continued after her death.

The Legacy of Their Love

After her death, Gene channeled his mourning into action and awareness for detecting ovarian cancer. He shot a video intended for doctors about detecting cancer in women. He testified in front of Congress to rally for increased funding for women's reproductive diseases. And as the most enduring gift to her memory, he founded the Gilda Radner Ovarian Detection Center (now the Gilda Radner Hereditary Cancer Program) and Gilda's Club, a free support group for cancer patients and their family and friends. The fact that Wilder continued to give back in Gilda's name and memory shows a kind of love light years beyond what we expect of celebrity couples today.

When Gene Wilder died this week at 83, it marked 27 years of his life without Gilda. After her death, he remarried, made only a couple more films, and focused on writing books, including his memoir. I was comforted by a quote Gene said to Connie Chung in their interview the year after Gilda's death about Gilda still being with him. Gene still had Gilda with him after her death, and we'll still have Gene and Gilda's story after his.

Celebrity Couples
Turns Out Saweetie's Love Language Involves Chicken, and We Have Never Related More
by Victoria Messina 23 hours ago