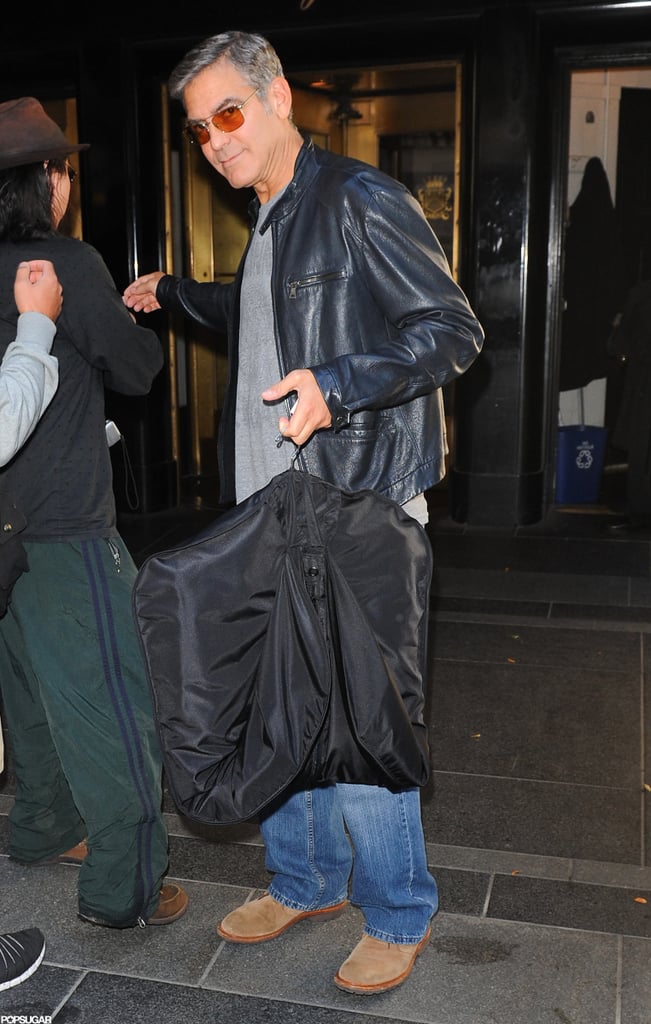 George Clooney left his hotel yesterday afternoon after a few fun days in NYC. He made the trek east from LA in the company of girlfriend Stacy Keibler, who joined him Monday night for dinner at Il Mulino with Bill Murray. Tuesday night, though, was all about the guys. George joined Matt Damon and Ben Affleck at the Big Apple debut of Argo, and afterward, for a party at a steak house. George was actually one of the producers of Ben's film, which is out in theaters Friday. It will be a big success for both George and Ben if Argo fares well at the box office, even though it's up against Ben's wife Jennifer Garner's Butter.