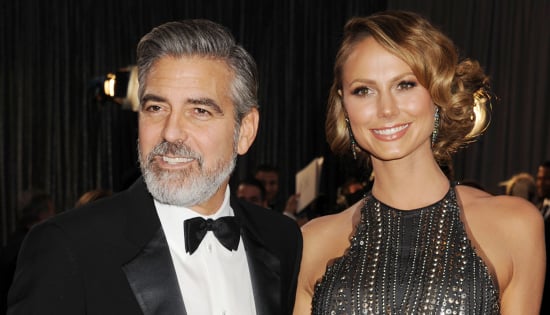 George Clooney and girlfriend Stacy Keibler have called it quits. People magazine reports that Stacy broke up with George several weeks ago after discussing her future plans for a family. A source told the magazine, "She wants to have children and a family someday. She knows where George stands on that." News of the breakup comes after the former couple spent the Fourth of July holiday apart. George and Stacy were last seen in public together back in March when she visited him in Germany while he was working on The Monuments Men. Rumors of a split had been popping up around the couple for the past few months ever since the pair attended the Oscars together in February.