George Clooney gave Woody Harrelson a two-wheeled tour of Lake Como yesterday. It's Woody's second overseas adventure in the past few weeks after recently competing in the UNICEF fundraiser Soccer Aid in the UK. George frequently plays gracious host to his celebrity friends, including an ex who was spotted out on the lake with his current girlfriend, Elisabetta Canalis, this week. It's coming up on a year anniversary for Elisabetta, who took her first spins with Clooney last Summer. George wrapped up reshoots of The American in time to celebrate the USA's Independence Day with his bikini-loving lady and whichever lucky buddies scored the holiday invite like Woody. 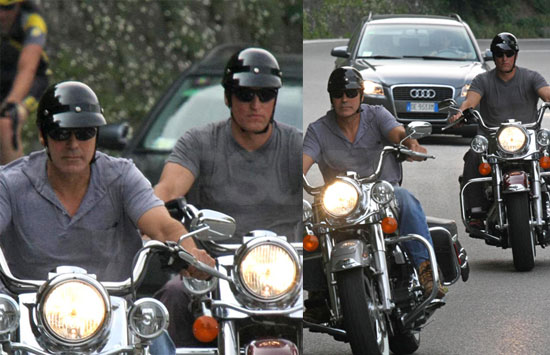