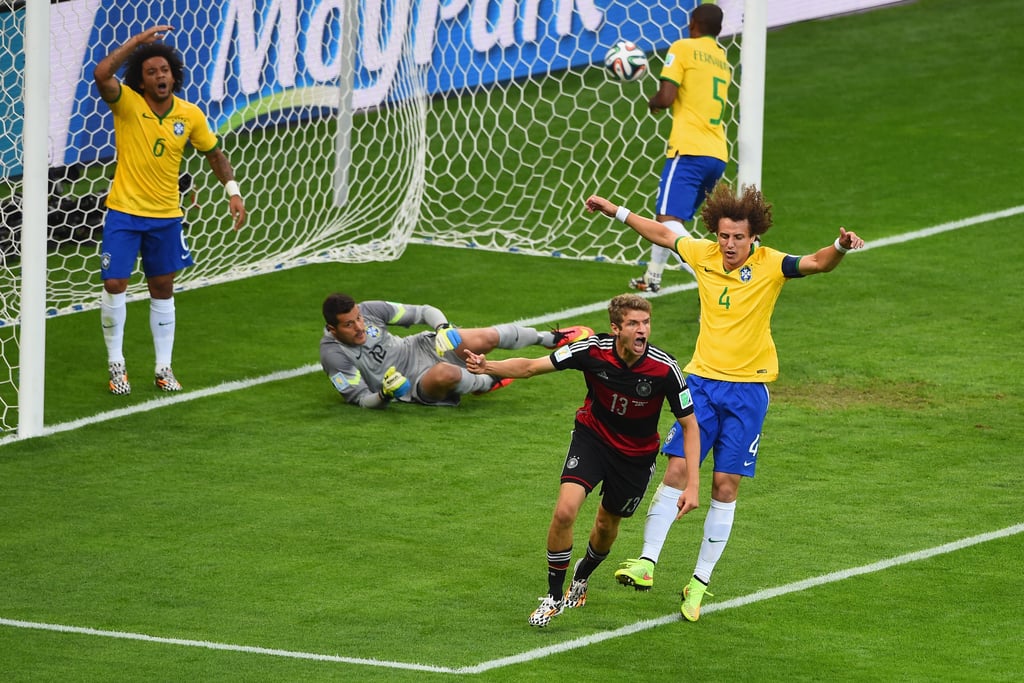 It's safe to say that Germany was on a roll when the team kicked off its World Cup game against Brazil by scoring a whopping five goals in the first 30 minutes. Brazil fans watched in disbelief as the Germans made goal after goal, with a sixth goal in the 69th minute and a seventh goal around 79 minutes into the game. Thomas Müller scored first, becoming the 13th player ever to score 10 World Cup goals. Then Miroslav Klose scored, setting the all-time World Cup goal record, before his teammate Toni Kroos made two goals just two minutes apart. At nearly 90 minutes, Brazil scored, making the final score seven to one. See all the Twitter reactions to Brazil's World Cup meltdown, and then take a look at the best pictures from the shocking game.

Previous Next Start Slideshow
NewsWorld Cup
Around The Web