Lena Dunham got colorful to shoot a scene for the third season of her hit show, Girls, in NYC today. She wore a dress and a trucker hat that read "Birthday B*tch" as she chatted on her phone outside a building. Yesterday, Lena, Allison Williams, and the rest of the Girls cast bundled up to shoot in the city. Lena squeezed in the day of work ahead of her appearance at the Time 100 gala last night. She was named one of the magazine's most influential people of the year and celebrated by kissing Claire Danes on the red carpet and joking around with Christina Aguilera and Amy Poehler at the bash.

Lena isn't the only Girls star who has been making headlines over the past few weeks. Jemima Kirke found herself in the news after she was photographed kissing jewelry designer Pamela Love in an ad for NYC-based bridal store Stone Fox Bride. 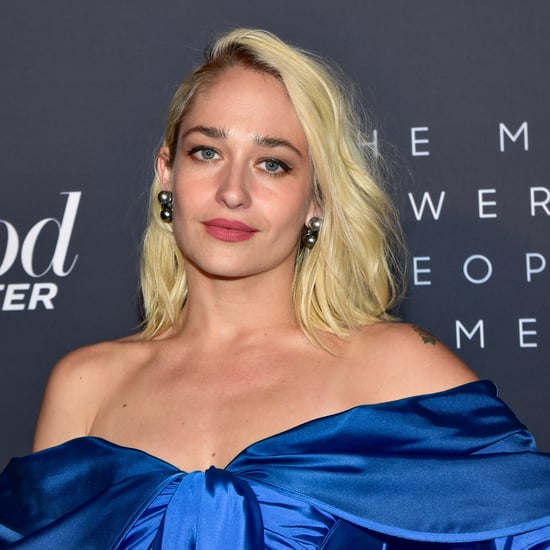