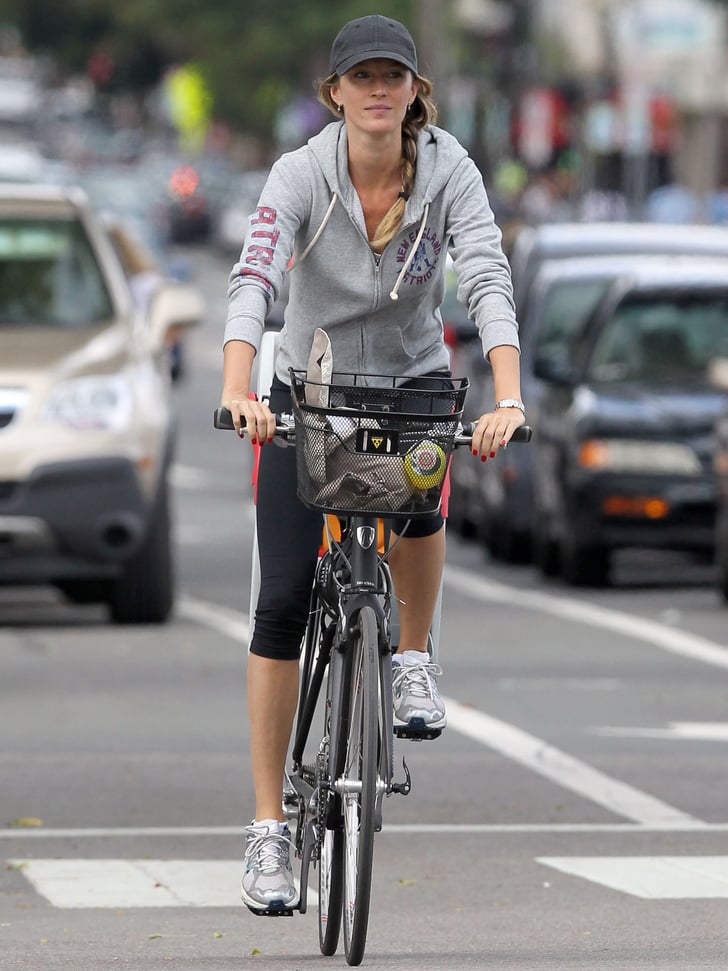 Gisele Bündchen showed her New England Patriots pride in a Junk Food Clothing sweatshirt with the team's logo while riding her bike around Boston today. It was a subtle shout-out to her husband, Tom Brady, who is currently in Buffalo, NY, to kick off the NFL season against the Bills — the Patriots took the win with a score of 23 to 21. Gisele and her family have been stationed on the East Coast as Tom gears up for a busy football season, and they've been spending lots of sweet quality time together between his practices. They brought their kids — Jack, Benjamin, and Vivian — to a neighborhood park last weekend, and Gisele took little Ben and his friends for an afternoon at Boston's Museum of Science earlier this week.

In between hitting the field and spending time with family, Tom and Gisele recently opened up their sprawling California home for the October issue of Architectural Digest. The eco-conscious château was built from the ground up and features giant closets, a custom-made gym, and koi-filled moat.