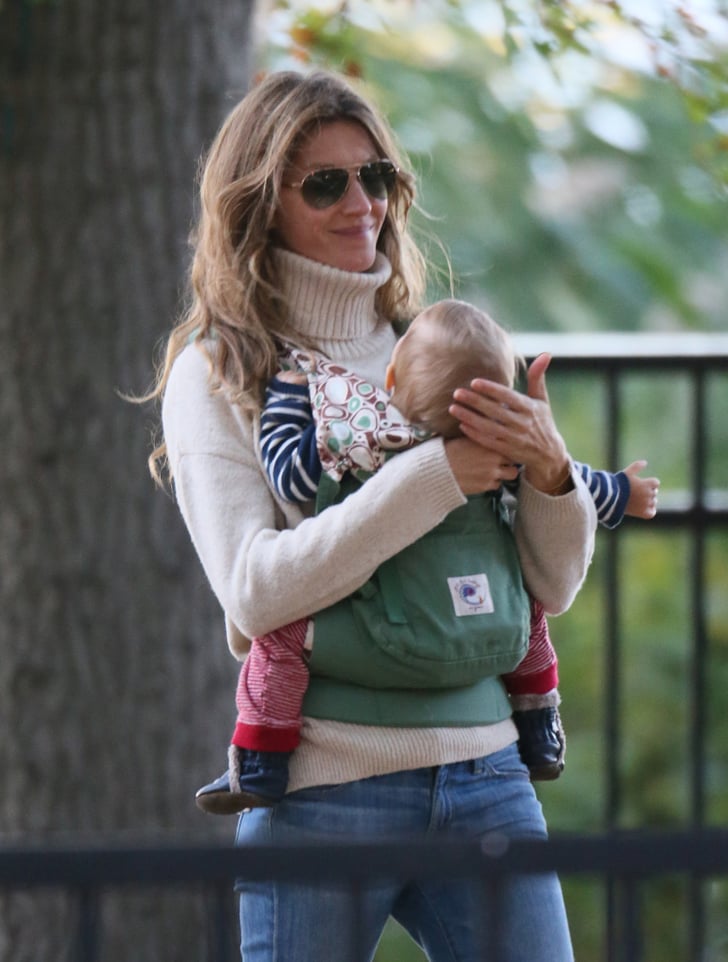 Gisele Bündchen spent some time with her kids, Benjamin and Vivian Brady, at a park in Boston on Sunday. Despite her husband Tom Brady's loss against the New York Jets earlier that day, Gisele was all smiles as she pushed Ben on his tricycle and rode down the slide with baby Vivian in her carrier. The supermodel is back home in Boston after a quick trip to NYC for a photo shoot. Gisele brought Vivian along with her, and the two were spotted having lunch and shopping with a few pals in the city on Saturday.

In addition to her recent shoot, Gisele currently graces the cover of Vogue Paris's November issue and shows off her flawless figure inside, even going nude — save for a pair of sneakers — in the accompanying fashion editorial. Gisele gave a sneak peek of one of the shots on Instagram, saying, "Oops I think I'm seeing double!"