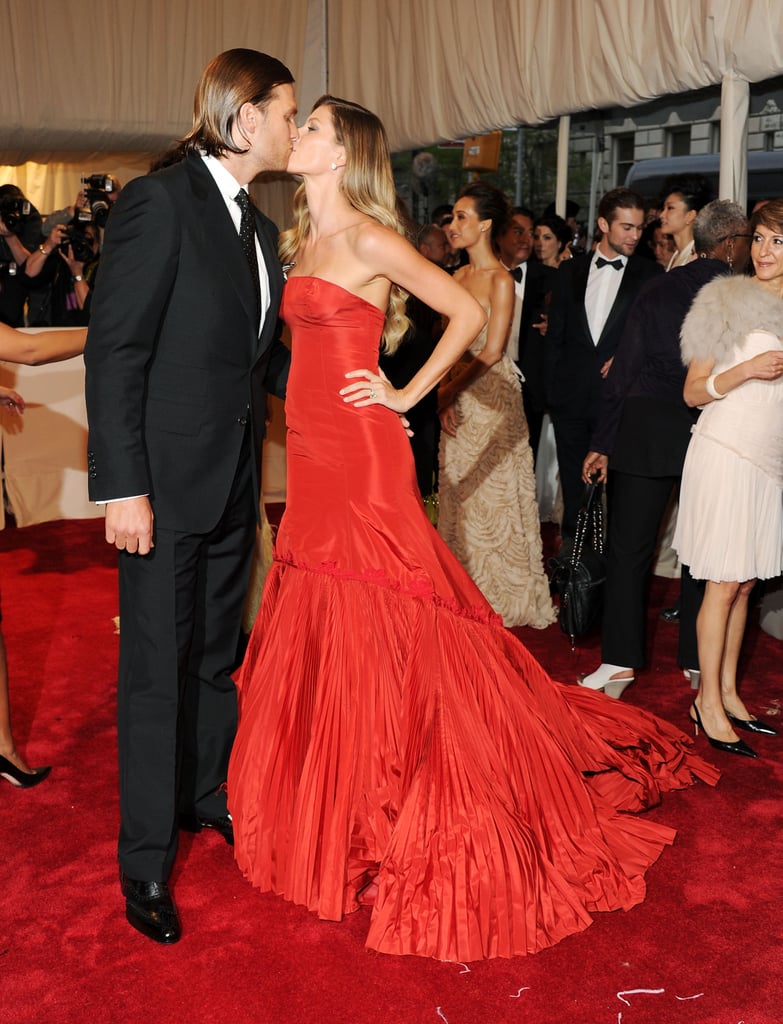 Gisele Bundchen didn't look worried about her perfect makeup getting messed up by a kiss from her husband, Tom Brady, on the red carpet at tonight's Met Gala in NYC. The supermodel was decked out in an exquisite Alexander McQueen, paying fitting homage to the man of the night. The Costume Institute gala's theme for the year is Alexander McQueen: Savage Beauty, and she made a statement in the very dramatic gown amid the star-studded arrivals. Tom Brady and Gisele Bunchen were sexy at the 2010 Met Gala, and they were once again among tons of other hot couples, including Orlando Bloom and Miranda Kerr and Joshua Jackson and Diane Kruger. Tom also made a stylish statement of his own by slicking back his hair. Gisele even spoke about Tom's locks, saying of his 'do, "That's his choice! He can do whatever he wants because I'll love it no matter what. Short, long, red, whatever! It's all good!" What do you think of Tom and Gisele's look?