The cast of Glee hit the red carpet and the stage together in Hollywood last night at an event for Fox. A handful of the kids including Chris Colfer and Jenna Ushkowitz were fresh off their trip to Comic-Con where Buzz learned secrets of the next season and chatted with the cast about Britney Spears and Rocky Horror Picture Show episodes coming up. The New Directions were a highlight of the packed weekend of panels, and we'll be catching up with them again on Monday for Fox's TCA day. Lea Michele didn't trek down to San Diego, but she took the stage with Matthew Morrison while Mark Sallig showed off his guitar skills. He, along with Cory Monteith, Chris Colfer, and Kevin McHale will be hosting the Teen Choice Awards on Aug. 9, where the acclaimed show is up for a handful of the coveted surfboards. A few weeks later, they also have the Emmys to look forward to, where they nabbed 13 nominations. 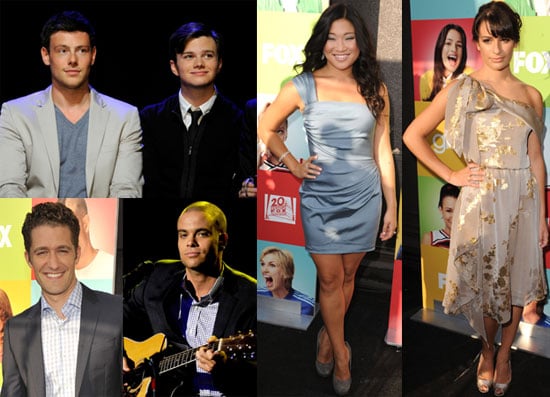 To see more from the Glee event, just read more.