Robert Downey Jr. was dressed to face the British weather as he left his Manchester hotel earlier today. He made his way over to the set of Sherlock Holmes, joining Guy Ritchie and Jude Law to film a scene that involved him jumping out of a window. Robert should get used to all the action — he's just signed on to do two more Iron Man movies as well as the superhero flick The Avengers. Sounds like a lot of work for one man, but RDJ seems up to the challenge. 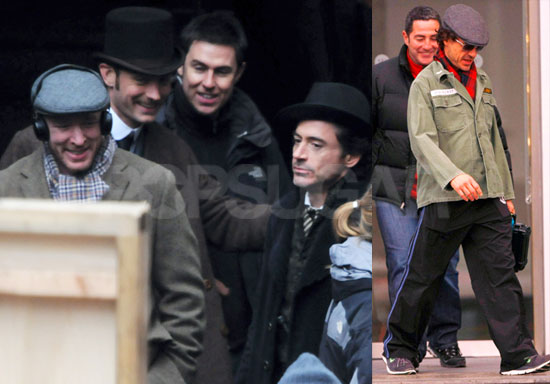 To see more of the boys on the set just read more.

Mother's Day
Celebrities Show Their Moms Some Extra Love on Mother's Day — Read All the Sweet Tributes!
by Brea Cubit 5/10/20