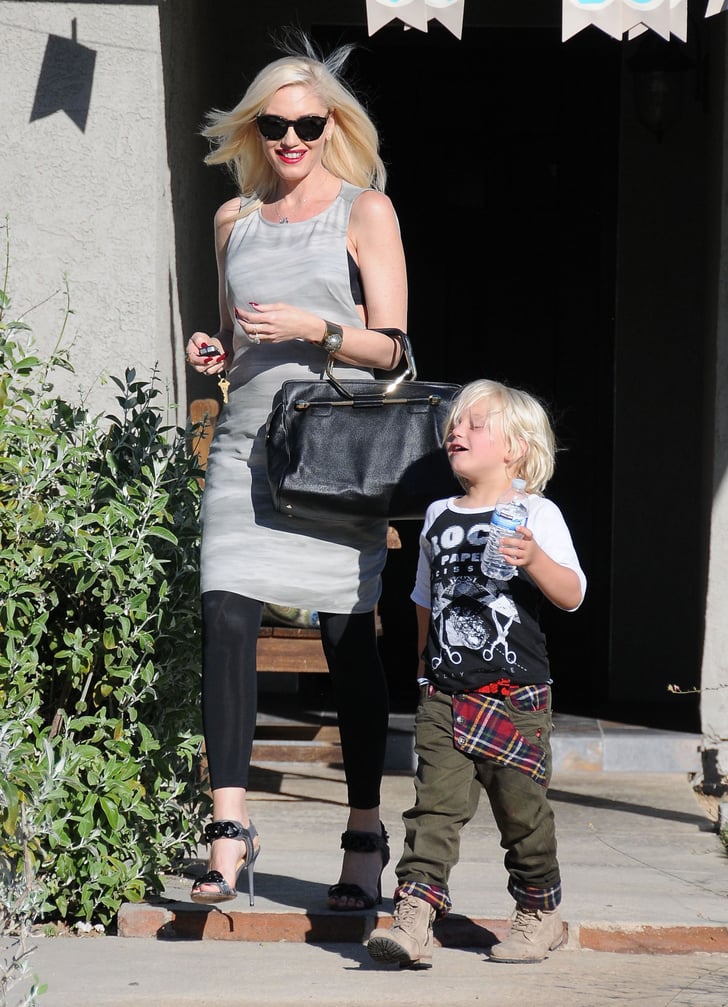 Gwen Stefani and her son Zuma stopped by a friend's house for a baby shower in LA on Saturday. The busy mom was all smiles, sporting a gray dress over black leggings and heels. The pair's baby-shower outing comes amid rumors that Gwen may be expecting herself. Since late August, reports have been circulating that she's pregnant with her third child, and her friend, rapper Eve, fueled the rumors in an interview with Live Nation. Asked whether Gwen would be joining her on stage, she said, "She's preggers! I think she's chilling."

Anne Hathaway
Anne Hathaway Finally Shared Her 11-Month-Old Son's Name, and It's a Classic
by Murphy Moroney 12 hours ago