Gwyneth Paltrow touched down at London's Heathrow Airport accompanied by her little ones, Apple and Moses, on Sunday. Gwyneth was makeup-free as she and the kids made their way through the terminal with their luggage. Both Gwyneth and husband Chris Martin have kept busy schedules leading up to the holidays. Last Thursday, Chris took the stage for the 12/12/12 concert in NYC, which benefited victims of Hurricane Sandy. He will return to the Big Apple for another special performance at Brooklyn's Barclays Center to ring in the New Year on stage with pal Jay-Z.

Last week, it was Chris who was on dad duty, though, while Gwyneth headed to LA. Her West Coast travels came after a stop in Dubai, where she attended an event for Boss Nuit. In the midst of the couple's hectic schedules last week, Gwyneth and Chris marked the nine-year anniversary of their wedding. 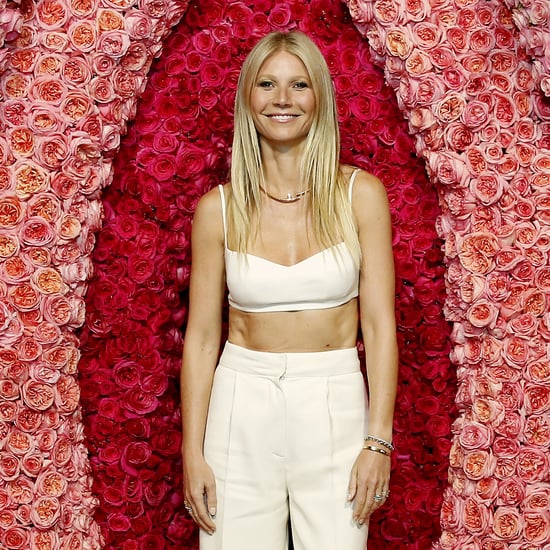 Celebrity Instagrams
They're Here! Meet the New Celebrity Babies of 2020
by Mekishana Pierre 3 weeks ago

Celebrity Couples
Christina Milian Welcomes a Baby Boy With Boyfriend Matt Pokora: "And So We Begin"
by Samantha Brodsky 3 weeks ago