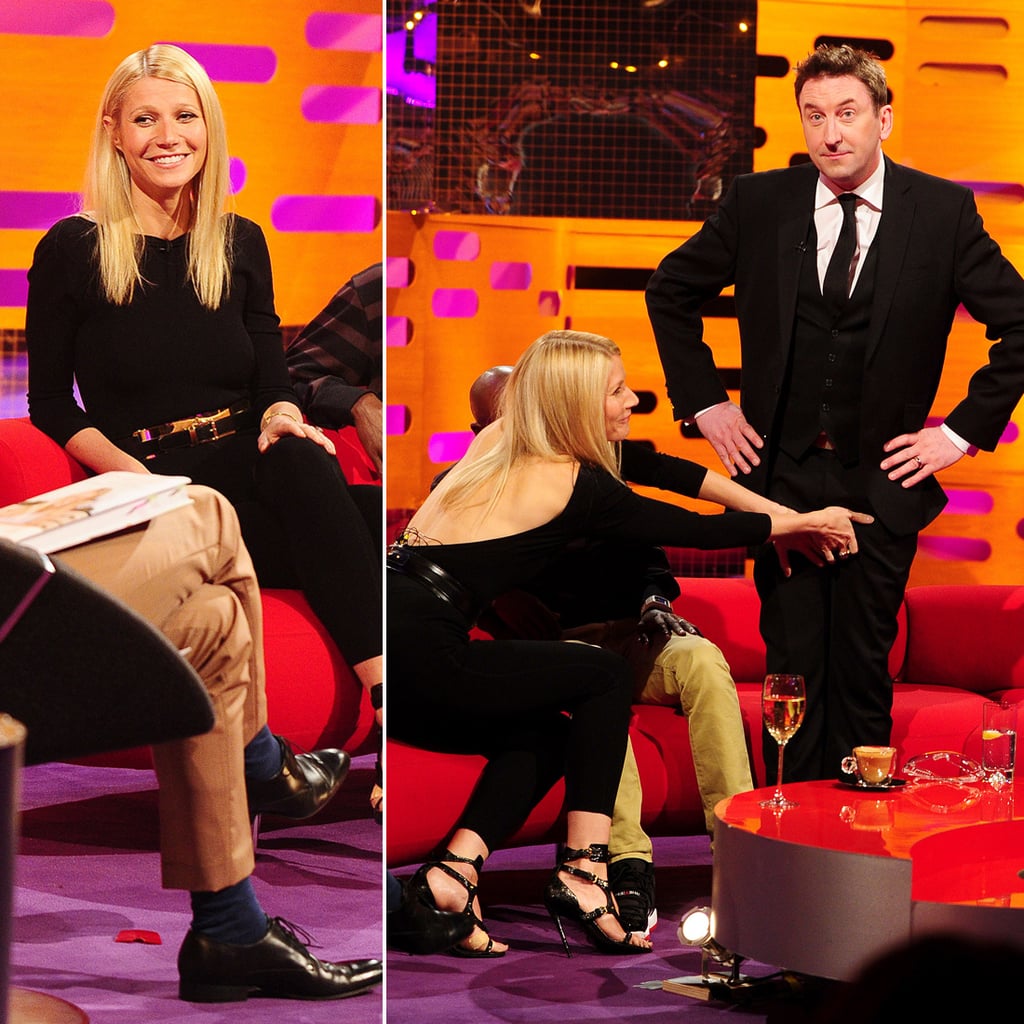 Gwyneth Paltrow Gets Grab-Happy on The Graham Norton Show

Gwyneth Paltrow dropped by The Graham Norton Show in London yesterday to tape an interview while promoting her newest film, Iron Man 3, across the pond. She shared a giggle and a glass of white wine with host Graham Norton, as well as her fellow guests Mo Farah and Lee Mack, the latter of whom got playfully grabbed in the crotch by Gwyneth. Fans can get more context to the handsy situation when the interview airs tomorrow in the UK.

Gwyneth has had her hands full over the past few weeks as she continues her press push for her new movie with costar Robert Downey Jr. RDJ has been turning up the charm and even playfully kissed Gwyneth during a London photocall for the movie yesterday. The film's London premiere was supposed to take place on Wednesday, but the crew had to reschedule the event to today due to Margaret Thatcher's funeral. Next, Gwyneth and Robert will head back to the States for the April 24 premiere in LA.

Celebrity Couples
OK, Seriously, Is It Possible For Zendaya and Tom Holland to Be Any Cuter Around Each Other?!
by Njera Perkins 12/03/21