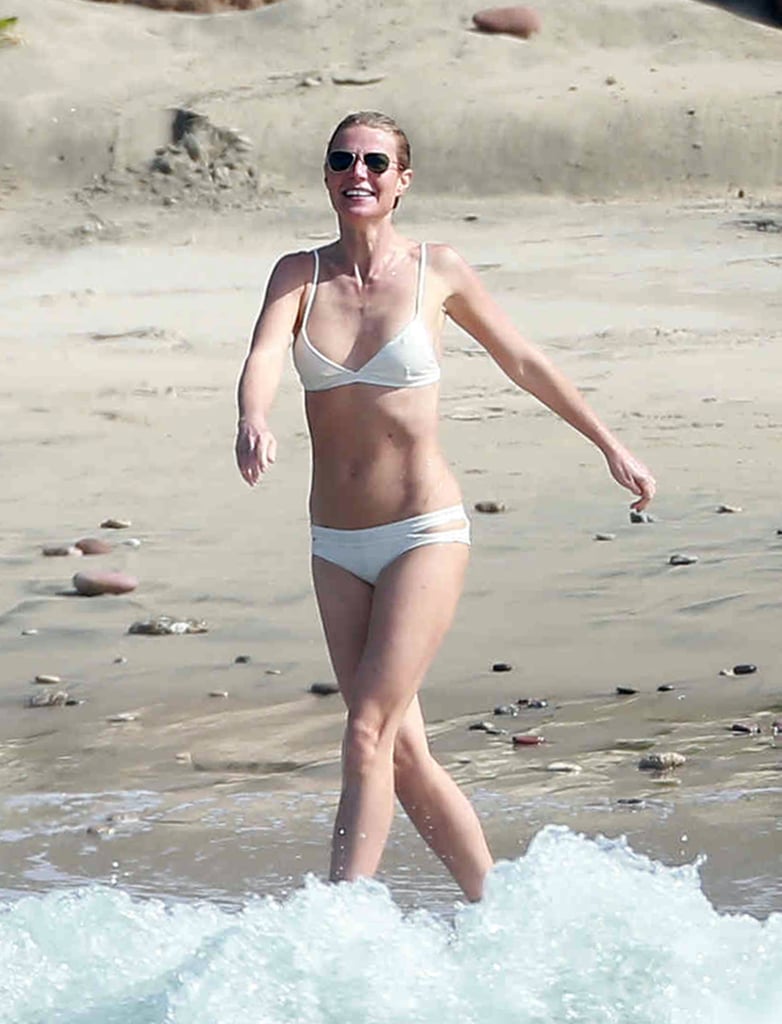 Gwyneth Paltrow Flees to Mexico For a Cuddly, Bikini-Filled Vacation With Her Boyfriend

Gwyneth Paltrow spent her long weekend in Mexico with her boyfriend, Brad Falchuk. The two were spotted enjoying lunch together on the beach, cuddling under a cabana, and playing in the water while the actress showed off her beach body in a Mikoh bikini. Gwyneth also took to Instagram to share a few choice pictures from her vacation, including a sweet sunset snap with her daughter, Apple. Although Gwyneth and Brad were initially linked all the way back in August 2014, they've kept their relationship very under the radar. We've only managed to catch glimpses of their love here and there, including their appearance at Robert Downey Jr.'s birthday party in Spring 2015 and a lovely social media debut from the Scream Queens premiere this past Fall. Keep reading to see more pictures from the couple's romantic getaway.

Nostalgia
Once Upon a Time, Ben Affleck Played J Lo's Romantic Interest in a Velour Puma Tracksuit
by Sarah Wasilak 20 hours ago

Celebrity Couples
Bo Burnham Has Been Dating Lorene Scafaria Since 2013, and Their Romance Is Too Cute
by Grayson Gilcrease 21 hours ago