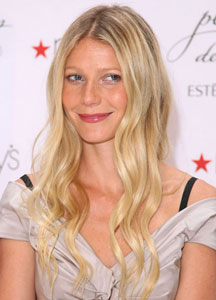 Us Weekly is reporting that Gwyneth Paltrow was admitted to New York's Mount Sinai Hospital yesterday afternoon. Her rep won't comment and no one seems to know what is wrong. Apparently, "she was slumped over in a wheelchair pushed by [husband] Chris Martin. She looked not well." Us also reports that she received a delivery from an organic store later that day. Figures that the super cautious, healthy eating, yoga-loving ones are the ones who get sick, but we're not jumping to any conclusions — for all we know, maybe she just ate McDonald's and it upset her tummy, or maybe she's pregnant like the rest of Hollywood. Either way, we hope it's nothing serious and she gets better soon.

UPDATE: Gwyneth's rep has released the following statement to OK!: "Gwyneth is fine and at home - we are not commenting further."