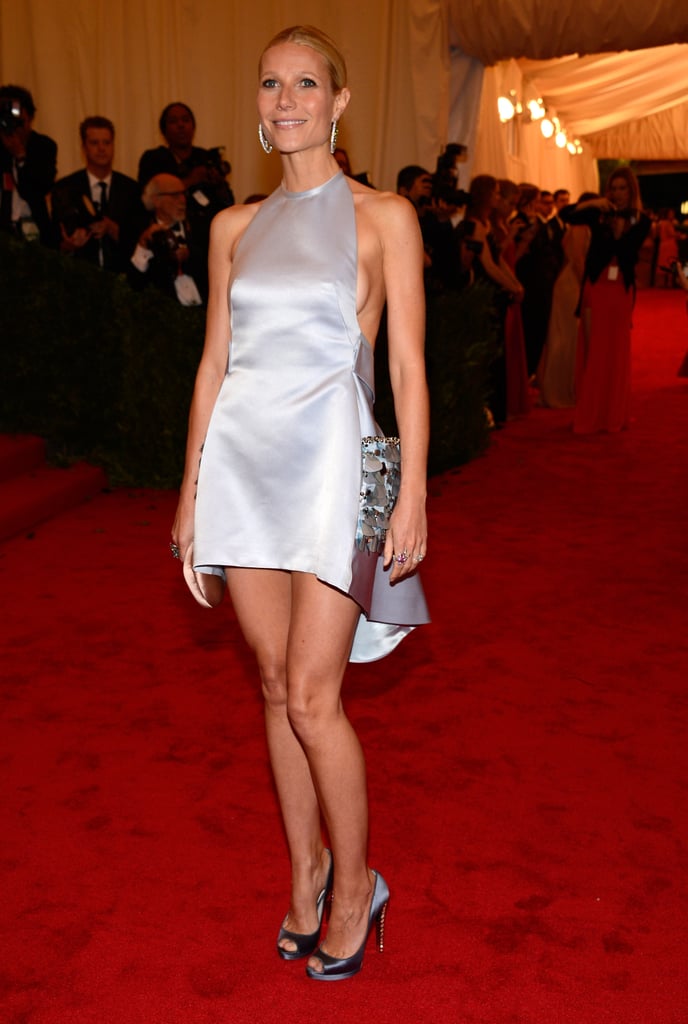 Gwyneth Paltrow hit the red carpet at this evening's Met Gala in NYC decked out in a design from Prada. She revealed the designer of the frock at last night's party for The Conversation with Amanda de Cadenet, held at Diane von Furstenberg's Meatpacking District flagship store. As of yesterday, though, Gwyneth hadn't seen designer Miuccia Prada's creation. She said at the DVF bash, "I'm wearing Prada . . . I haven't seen the dress or anything."

It's been a big year for Gwyneth and her red-carpet ensembles. She was your pick for best dressed at the 2012 Oscars thanks to her caped Tom Ford creation. How do you think Gwyneth's look today compares? Let us know in the comments below!

Emma Chamberlain
Jack Harlow Responds to Viral Met Gala Interview: "I Have a Lot of Warmth to Share"
by Kelsey Garcia 5/10