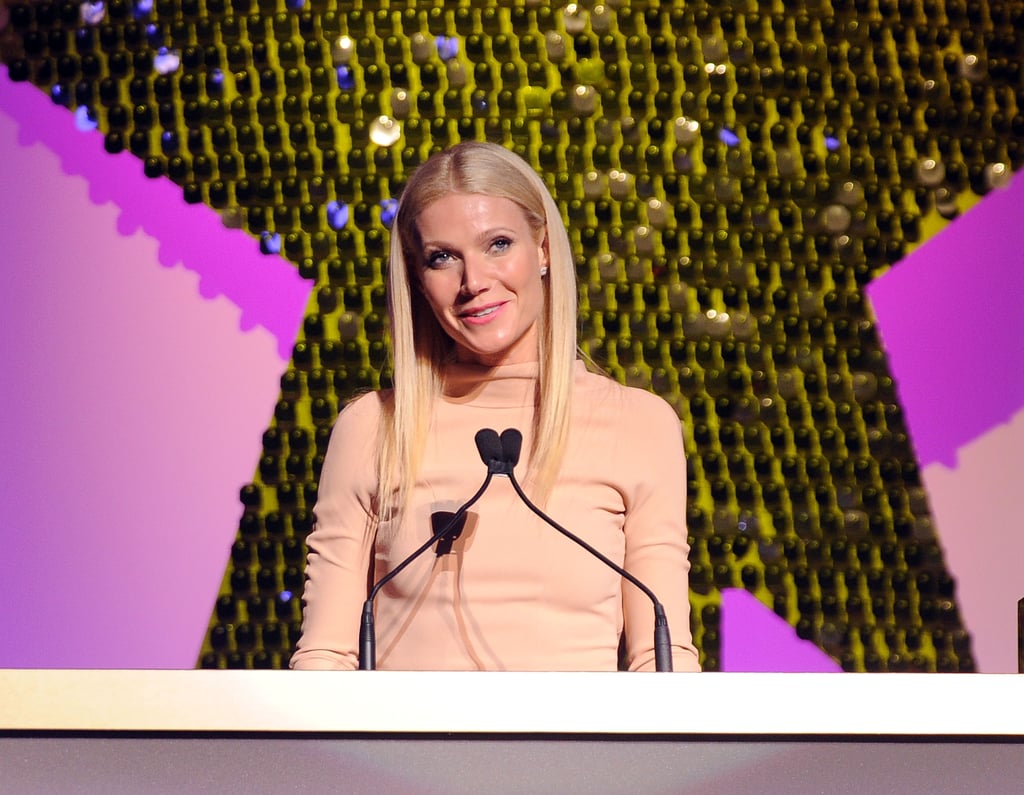 Gwyneth Paltrow got some of her best Big Apple girlfriends together last night for Good Housekeeping's Shine On Awards, which honored the achievements of powerful women. The actress was there to salute the work and raise awareness around maternal health done by Christy Turlington Burns, and they shared the evening with other ladies like Meryl Streep, Rebecca Romijn, and new mom Ali Larter. Gwyneth, who was on the cover of the magazine's February issue, has been busy with her return to Glee, which airs next week, and promoting her latest publication — she hosted a dinner for friends like Cameron Diaz, Jay-Z, and Mario Batali on Monday to toast her new cookbook My Father's Daughter. She was on hand yesterday to congratulate others, but Gwyneth took a minute to discuss the long hours she spends maintaining her awesome figure. Gwyneth said on the red carpet, "The reason that I can be 38 and have two kids and wear a bikini is because I work my [expletive] ass off. It's not an accident. It's not luck, it's not fairy dust, it's not good genes. It's killing myself for an hour and a half five days a week, but what I get out of it is relative to what I put into it. That's what I try to do in all areas of my life."

Celebrity Instagrams
Ashley Tisdale's Daughter, Jupiter, Is the Special Guest at Her Reunion With Austin Butler
by Naledi Ushe 1/28 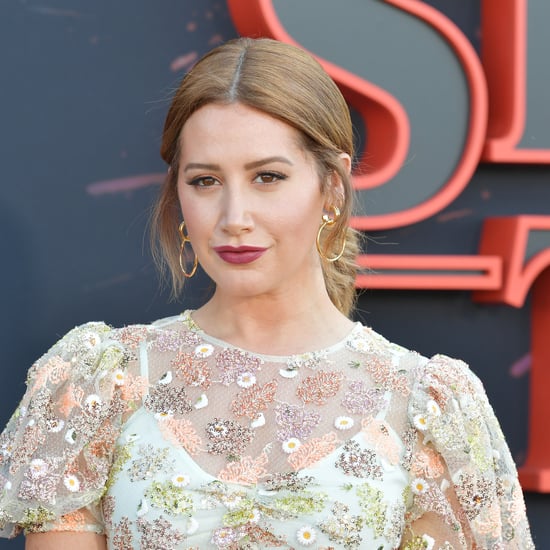 Ashley Tisdale
Ashley Tisdale Commemorates the Birth of Her First Child, Jupiter, With a Delicate Neck Tattoo
by Kelsey Garcia 11/16/21