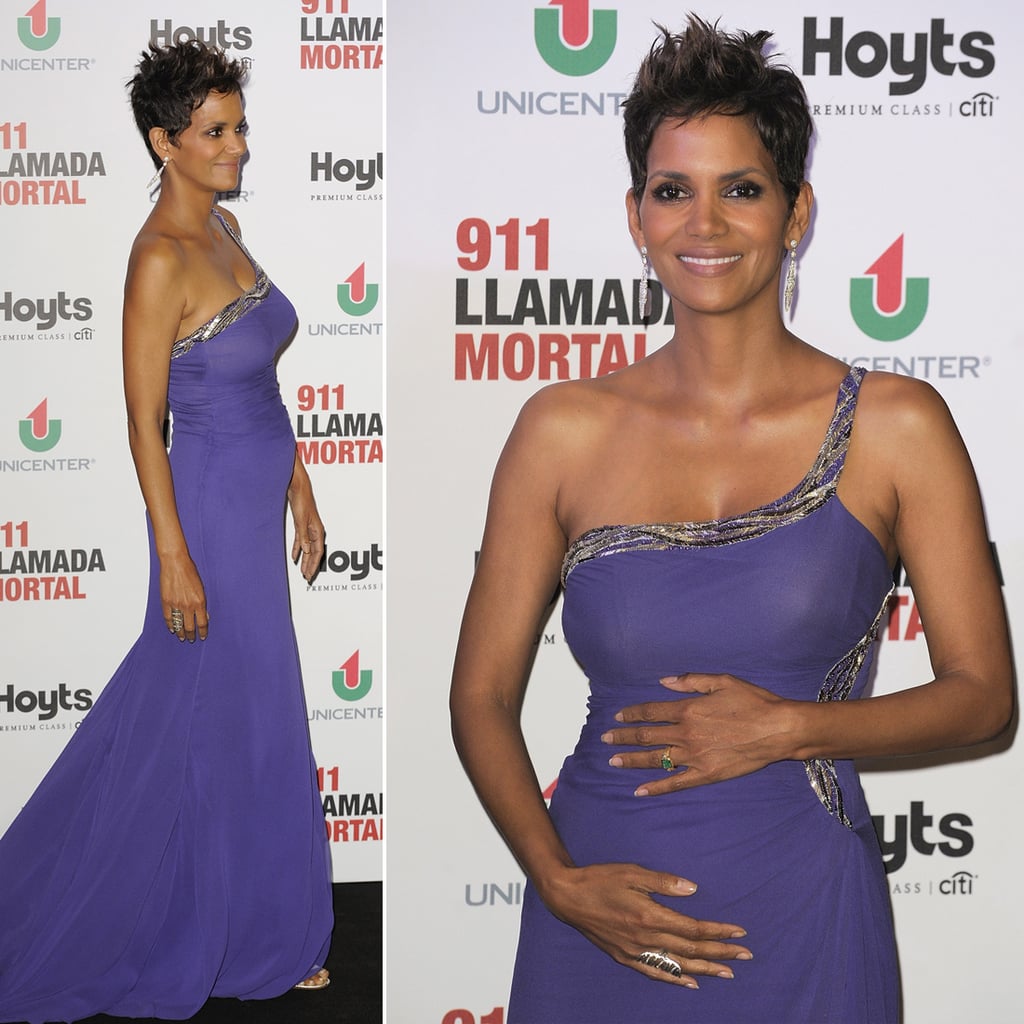 Halle Puts Her Baby Bump on Display in Buenos Aires

Halle Berry's baby bump was visible under a figure-hugging Roberto Cavalli gown for the premiere of her film The Call in Buenos Aires yesterday. The news broke last week that she is expecting her first child with fiancé Olivier Martinez, but her pregnancy has not deterred her from keeping busy. Halle put her baby bump on display when she popped up in the Big Apple to attend the United Nations World Food Programme event on Saturday.

Halle is reportedly expecting a baby boy, which fulfills her 5-year-old daughter Nahla Aubry's dreams of becoming a big sister. During a stop on The Wendy Williams Show last Fall, Halle foreshadowed the joyous occasion by revealing Nahla's wishes for a sibling, saying, "That's the thing. [My daughter is] asking me. Every night we pray to God, and she's so sweet. She says, 'God, please bring me a bunk bed and a baby sister.' And I say, 'I can do one of those things, I know for sure! The other one we have to keep praying on.'"