Halle Berry took advantage of the unseasonably warm weather in Southern California and hit the Malibu beach with Nahla yesterday. Nahla smiled big when the two stopped to play in the sand during their stroll. The actress sported a cover-up over her two-piece, though she gave us a peek at the banging swimsuit body that easily earned her a place in our best bikini body of the year poll. She's also up for sexiest female star and along with her man Olivier Martinez favorite new couple. Halle spent the past few weeks promoting Frankie and Alice ahead of its limited release last Friday and one of her stops was on the Tonight Show where things got a little saucy backstage. 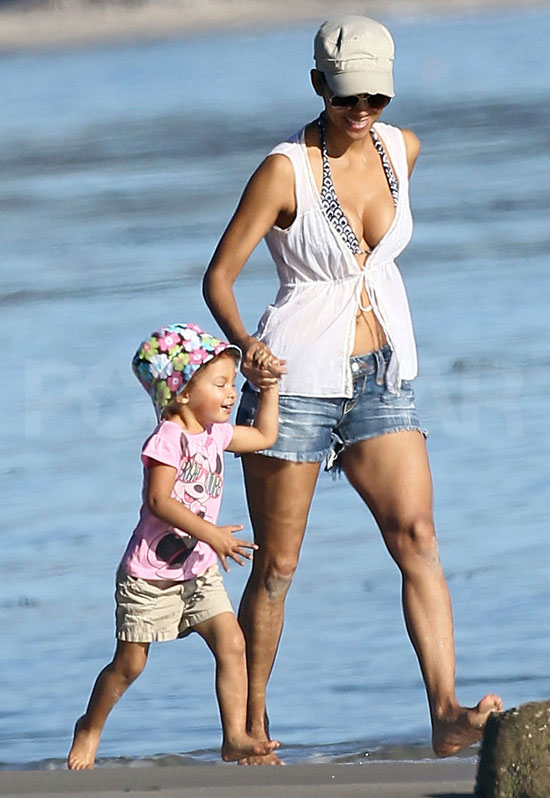 To see more of Halle and Nahla, just read more.