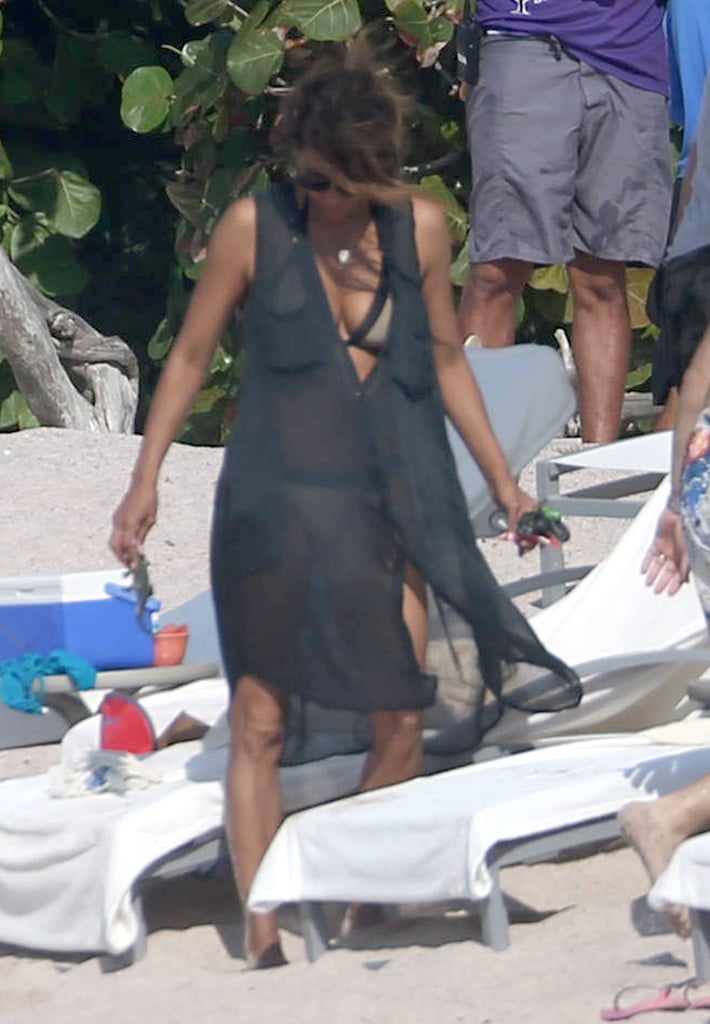 Former couple Halle Berry and Olivier Martinez enjoyed a day on the beach with their son, Maceo, and Halle's daughter, Nahla Aubry, in Mexico on Tuesday. They looked relaxed and happy while playing in the sand with the little ones, and Olivier helped 8-year-old Nahla boogie board in the ocean. Halle — who covered up her bikini in a sheer dress — and Olivier retreated to their lounge chairs, first alone, then joined by a sleepy 2-year-old Maceo.

Despite announcing their plans to divorce back in October, Halle and Olivier seem to be keeping things civil for the sake of the children; at the time, the couple said in a statement, "We move forward with love and respect for one another and the shared focus of what is best for our son." The family's Mexican getaway comes just a week after Nahla, Halle's daughter with ex-boyfriend Gabriel Aubry, celebrated her eighth birthday. Halle herself is gearing up for a big milestone as well — she turns 50 in August. Keep reading to see photos of their day on the beach, and then look back on Halle's Hollywood evolution.

Celebrity Instagrams
They're Here! Meet the New Celebrity Babies of 2020
by Mekishana Pierre 21 hours ago