Halle Berry took her daughter, Nahla, to Disneyland yesterday. The mother-daughter pair were spotted walking around the Happiest Place on Earth with another couple and their young tot. Halle spent the day with her daughter after a very busy month. Halle got married to Olivier Martinez in France two weekends ago and traveled down to San Diego on Saturday to promote X-Men: Days of Future Past with her costars at Comic-Con. While at Comic-Con, Halle talked about her X-Men character, Storm, and wondered why she never had a romantic relationship in the films. She said, "What I hate about Storm is that she never gets any love. What's up with Storm? Is she asexual, and nobody's told me?"

Jamie Chung
Jamie Chung and Bryan Greenberg Welcome Twins: "We Got Double the Trouble Now"
by Kate Schweitzer 1 day ago 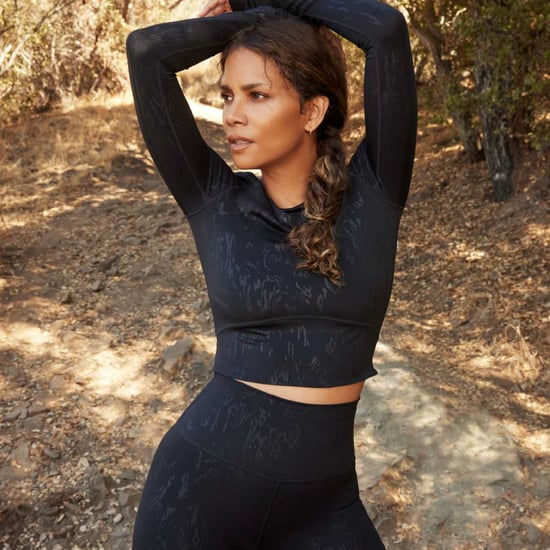 Halle Berry
Halle Berry x Sweaty Betty Have Reunited, and We're About to Feel So Good in the Re:Spin Edit
by Angelica Wilson 4 days ago

Music
Aw, Next Time! Jhené Aiko Says Her Daughter Was "Too Cool" to Do a Feature on Her Last Album
by Naledi Ushe 6 days ago