Heidi Klum carried baby Lou and held hands with Johan in NYC on Friday, the morning after the eighth season of Project Runway debuted – check out FabSugarTV's exclusive interviews with the new crop of designers! Heidi has been splitting her time this Summer between family outings and taping new episodes of the Emmy-nominated show in the Big Apple. She's also making plans to move her television ventures beyond fashion with two new reality series of her own, Seriously Funny Kids and Love's Divine with her husband Seal. 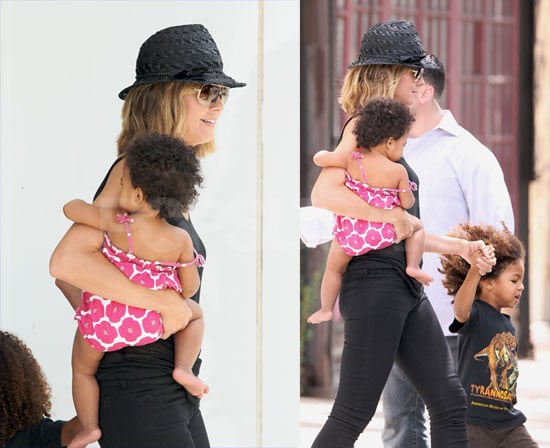 Baby Names
Shawn Johnson *Finally* Shared Her Baby Boy's Name, and It's a Trendy One!
by Alessia Santoro 16 hours ago

Celebrity Families
M. Night Shyamalan's Daughters Stole the Spotlight at His Premiere of Old
by Kelsie Gibson 1 week ago