Heidi Klum went all out for her 10th annual Halloween party at Voyeur in LA on Saturday. She and Seal looked amazing as they arrived dressed as black crows just weeks after welcoming their new daughter Lou. Heidi's party is always huge and she revealed that the elaborate costume planning starts every year in July. Rachel Zoe looked beautiful dressed as an Indian warrior princess with her hippie husband Rodger, while the ladies of the Vampire Diaries posed together on the red carpet. Paris and Doug managed to stand out in the crowded club when they arrived in matching white tutus, Paris dressed as a swan princess and Doug a tooth fairy. 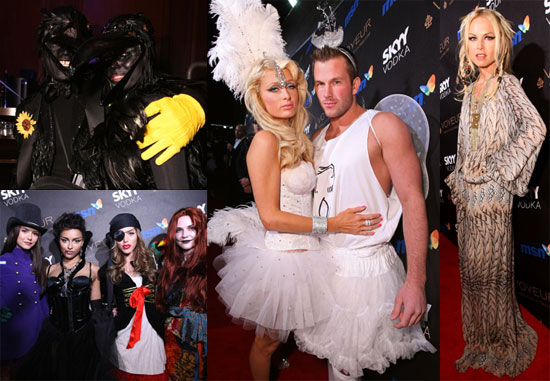 Once inside, Heidi and Seal mingled with guests, looking unrecognizable in their incredible masks and face paint. The photo loving pair took pictures all night long as Heidi kicked off her hot boots and got comfortable on the couch. Jessica Alba and Cash Warren arrived with friends bouncing between parties as Dora the Explorer and Diego. Kelly Osbourne and her boyfriend were spotted dancing the night away, dressed as eggs and bacon. Paris showed off her moves standing on the couches, while others sipped on Heidi's signature Skyy vodka Halloween cocktails. The entire event was a quite a sight and made for some amazing celebrity sightings as the stars partied the night away. 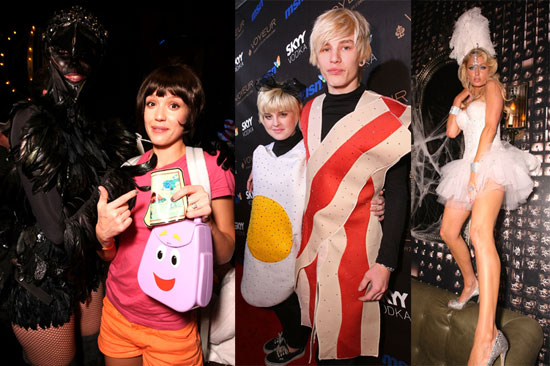 Many more images from the party including Eliza Dushku and Rick Fox, Kyle MacLachlan, Project Runway alums and more so read more.