This morning we brought you a few tidbits from our exclusive interview with Heidi Montag and Spencer Pratt, including their thoughts on Twitter and Spencer's plans to run for office. The couple had plenty more to say about watching The Hills, relationship advice, and their biggest regrets. Here are more highlights: 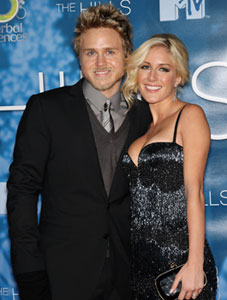 To see what else Heidi and Spencer had to say about relationships and what's coming, just read more.

Guess we'll have to wait and see if a wedding really is in the works for these two, but in the meantime it sounds like they've got plenty of other projects on their plates that they're ready to share with the world.

Spencer PrattHeidi Montag
Around The Web