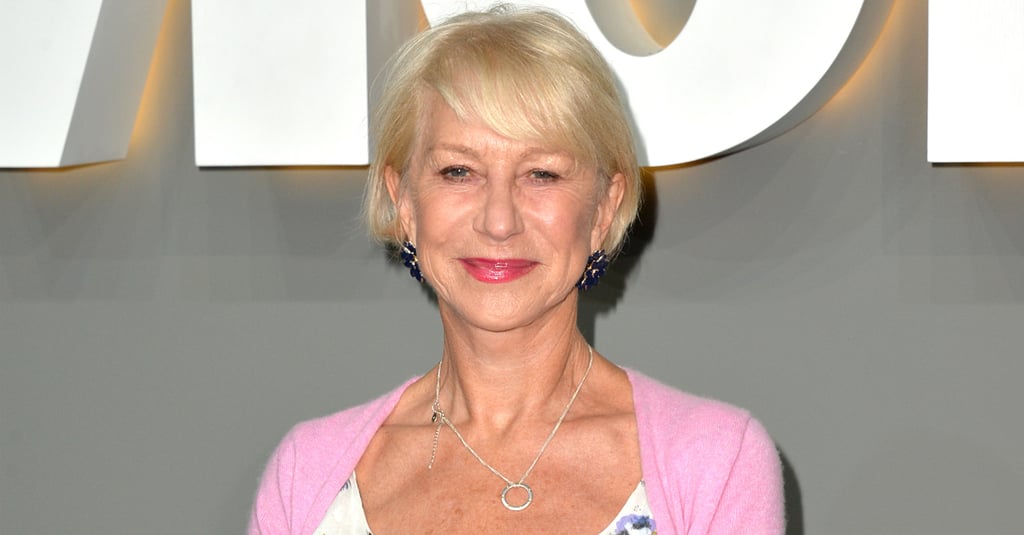 Kim Kardashian may have faced some criticism for her naked selfie earlier this year, but Helen Mirren is coming to her defense. In a recent interview with UK's The Telegraph, Helen admitted, "I'm not into the Kardashians. It's a phenomenon I just don't find interesting, but — and this is the big word: B-U-T-T — it's wonderful that you're allowed to have a butt nowadays! Thanks to Madame Kardashian, and before her, J.Lo, we're also allowed to have thighs now, which is great too. It's very positive."

Helen explained how when she was growing up, "it was thought to be unbelievably sluttish to even have a bra strap showing" because "everything was about women conforming." She then added, "I love shameless women. Shameless and proud!" Most recently, Kim appeared on Kara Swisher's Recode Decode podcast and opened up about the infamous photo, saying she "truly was baffled when people still cared" because "they have seen me naked 500 times and the censor bar literally was probably more covering than a bikini." Check out even more stars who've come to her defense.