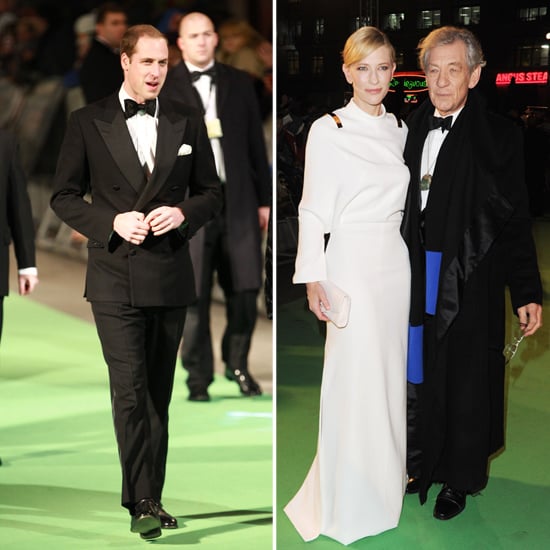 Cate Blanchett and Ian McKellen celebrated the royal premiere of their new film, The Hobbit: An Unexpected Journey, in London today. Cate and Ian were joined by costar Martin Freeman and Lord of the Rings' Dominic Monaghan. Although this Hobbit film, the first of three, is being released after the Lord of the Rings trilogy, it is actually based on the novel that inspired the original Lord of the Rings book series. They weren't at the London premiere, but LOTR's Liv Tyler and Elijah Wood attended last week's NYC screening of The Hobbit.

Prince William also attended the premiere but without his pregnant wife, Kate Middleton. Unfortunately, Kate had to cancel her planned appearance earlier this week due to her continued battle with acute morning sickness.