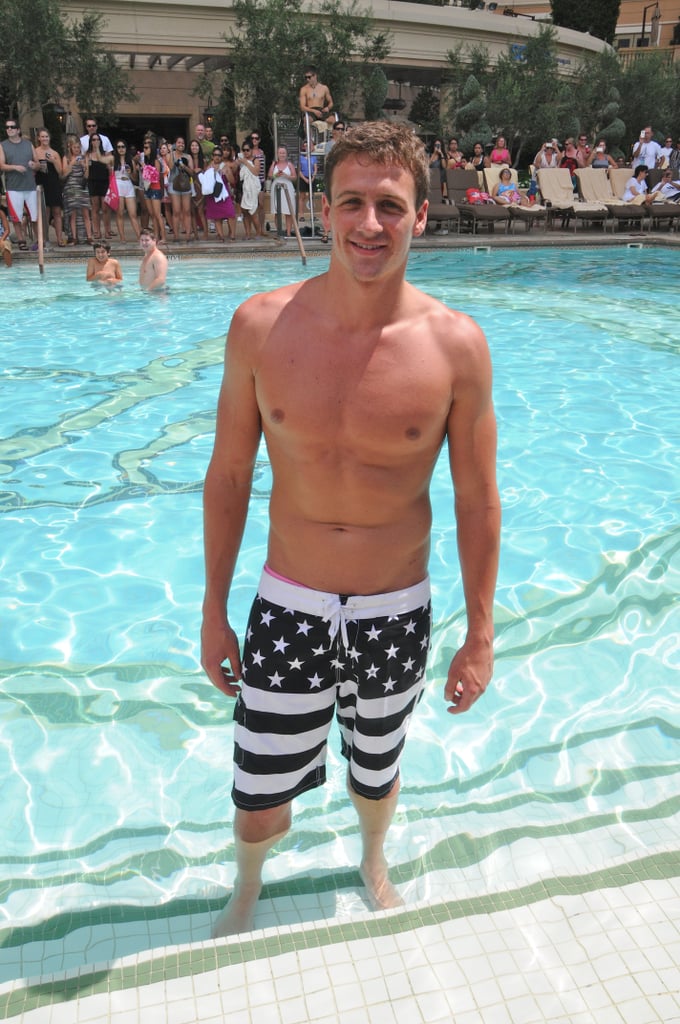 Ryan Lochte is back in his Speedo and ready for the 2016 Summer Olympic Games in Rio de Janeiro, Brazil. The 11-time Olympic medalist, who's been hard at work preparing for his highly anticipated return to the pool, is representing Team USA and is set to compete in the 200m individual medley and 4x200m freestyle relay with his longtime rival, Michael Phelps.

In addition to training for the Rio Games, Ryan has also found time to date. He even opened an account on Tinder, telling Cosmopolitan, "I heard it took off in Sochi [at the 2014 Winter Olympics] and then people were talking about it and I was like, 'Let me try this.' So I got on it and I've been matching up with a bunch of gorgeous women who are smart, they have professional jobs and everything." Perhaps this has something to do with his new look? In honor of Ryan's return to the pool, look back at his hottest shirtless moments through the years.