Rooney Mara was there to support her sister, Kate Mara, on the red carpet at last night's House of Cards premiere party in NYC. Rooney wore an all-black Band of Outsiders ensemble, the same outfit she also wore to a special Q&A for her upcoming film Side Effects with Jude Law yesterday. Meanwhile, Kate wore a silver Dolce & Gabbana dress, which she paired with black platform sandals.

Kate stars in the new series — which begins streaming on Netflix on Feb. 1 — alongside Kevin Spacey and Robin Wright, who both attended the premiere fete. The political drama follows a ruthless politician, played by Kevin, who makes plenty of enemies as he attempts to win the presidency. The series is based on the hit UK miniseries from 1990. Other celebrity guests at the premiere included Natasha Lyonne, Kim Cattrall, and newlyweds Amber Tamblyn and David Cross. 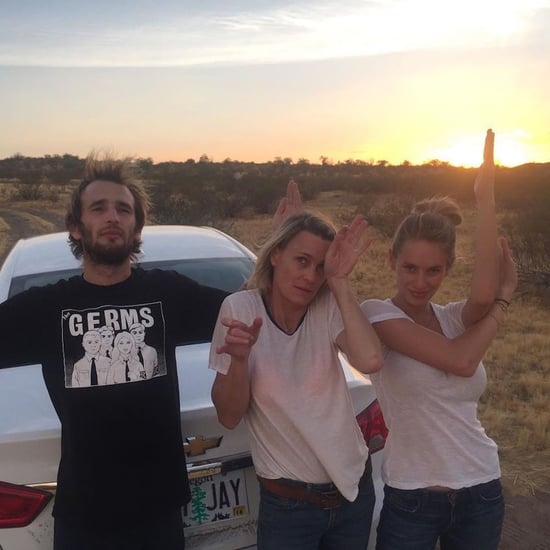 Robin Wright
Robin Wright's 2 Kids, Dylan and Hopper, Are Just as Talented as She Is!
by Amanda Prahl 12/11/20

by Maggie Ryan 25 minutes ago