Hugh Jackman got a little support from his famous friends when he was honored by the Museum of the Moving Image in NYC last night. Hugh's Les Misérables costars Anne Hathaway and Eddie Redmayne were on the scene to help celebrate his honor. Their director, Tom Hooper, also turned out, as did Hugh's pal Liev Schreiber. The event happened on the eve of today's SAG Award nominations, where Hugh and his costars got lots of love. Their nods included including best ensemble, best actor for Hugh, and best supporting actress for Anne.

Although Anne went dark and dramatic in Tom Ford at Monday's Les Misérables film premiere, she opted for a light-pink and silver Nina Ricci dress yesterday. Anne recently opened up about her now infamous wardrobe malfunction at the premiere, calling the experience "devastating."

Oscars
Cheer's Jerry Harris Tells Ellen DeGeneres All About His Big Oscars Night: "It Was Insane!"
by Karenna Meredith 5 days ago 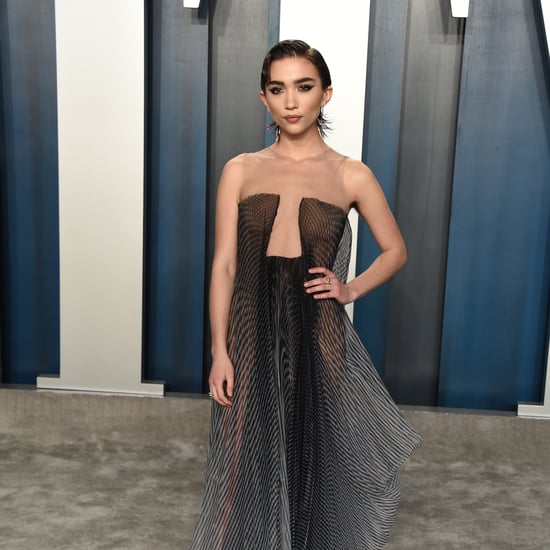