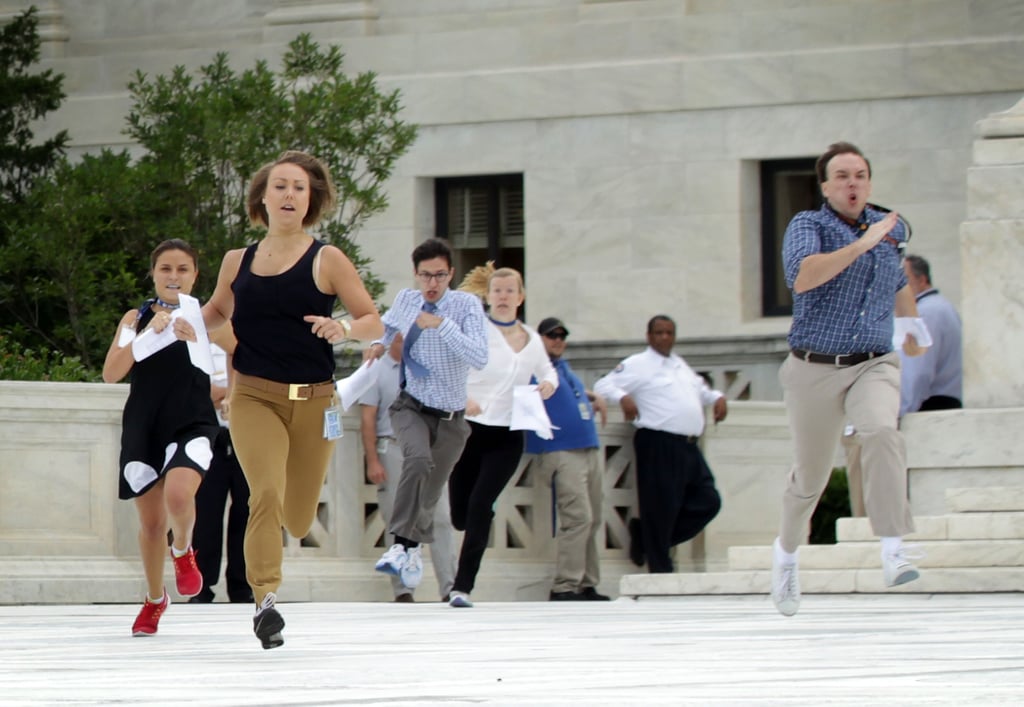 There have been a lot of beautiful moments to come out of Friday's Supreme Court decision to legalize gay marriage nationwide, but no photo captures the magnitude of the announcement quite like the picture of the running interns. Sticking with tradition, as soon as the Supreme Court announced the ruling, paper copies of the decision were handed to the interns, who then ran outside to share them with waiting news organizations. Amazing Vines captured the exciting moment on Friday morning, and one picture in particular stood out from the rest. Keep reading for a look at all the incredible things worth noting in the photo, then see how celebrities reacted to the news, the best Internet reactions, plus America's beautiful response and all the hidden gay marriage symbols online.