Isla Fisher looked a little bit blue out grabbing coffee in LA yesterday. She has quite a keychain to let her into any number of doors, and there's one big one in particular that's about to open in her life. The hotly anticipated Confessions of a Shopaholic hits theaters February 13. This weekend she answered questions about the movie and a little bit about her own shopping habits. Here are some highlights: 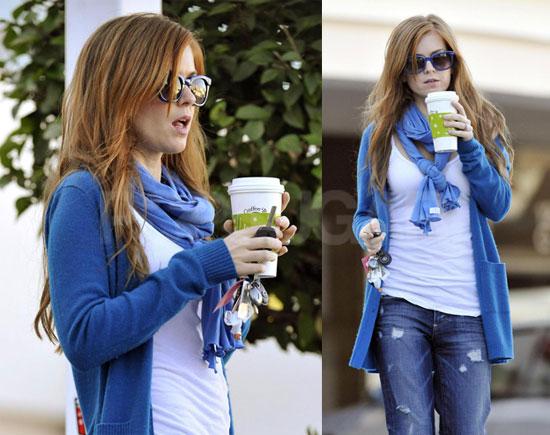 Rebecca Bloomwood's outfits will light up the screen, but it will be Isla who brings her to life. We know she's got the comedic talent for a hit so hopefully everything goes smoothly for Isla's biggest role yet.

Isla Fisher
Around The Web