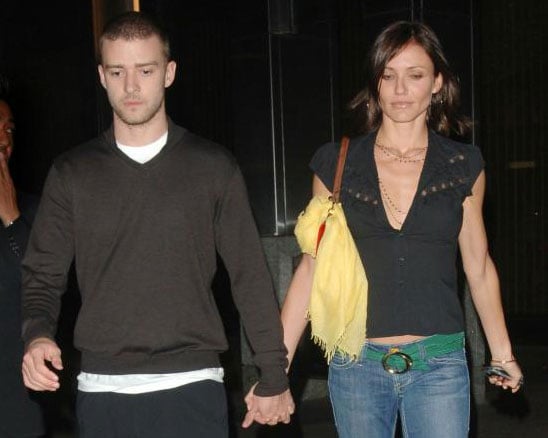 JT was on Letterman last night and Dave kept putting him on the spot. Poor Justin was all excited to get a couch interview and kept saying it was his first time in the hot seat. However, he laughed his way through most of Dave's questions which included Cameron and Janet Jackson. He was there to promote his second solo album which hits stores today. JT is hoping that he will be taken seriously as a solo artist after breaking away from 'N Sync 4 years ago. He also admits he was the main reason the group never reunited a couple of years ago. Smart move, we love JT all by himself. Here's more: "(But) I think there was something inside me that said: 'If you don't do something now you might never do it,"' he told reporters on a conference call on Monday, adding that what the band did would no longer work in today's recording scene.

With most boy bands only lasting a few years, Timberlake's break from the quintet appears to have occurred at the right time. He had been the teen frontman for the group for seven years -- since the age of 14 -- after starting his career on TV's "The Mickey Mouse Club."

His album is receiving fabulous reviews, and we're betting it will do fantastic. MTV is devoting the day to JT. Check out Ultimate Justin: The Moments and then a special appearance on TRL! And take a listen to the new album by clicking here.

Previous Next Start Slideshow
Cameron DiazJustin Timberlake
Around The Web