The scope of a hack on Sony Pictures goes beyond everything you've heard so far, or at least that's what Seth Rogen told us when James Franco hosted Saturday Night Live this weekend. During James's monologue, his costar in The Interview took the stage to make light of the hack, telling James private pictures from their phones have been released. Among the gems Seth and James shot for the episode: a Christmas card showing the guys sitting next to Santa Claus with nothing but stockings covering the essential areas.

This isn't the first time the actors have gone nude to draw laughs — in September, Seth and James went shirtless for Jimmy Fallon's birthday surprise, and the following month, they teased their Naked and Afraid episode with ridiculous pictures taken in the wilderness. Scroll through to see the clip and photos, and then catch up on the latest viral videos.

Shirtless
After Seeing These Pictures of Resort to Love's Sinqua Walls, We're Going to Need a Minute
by Grayson Gilcrease 5 days ago 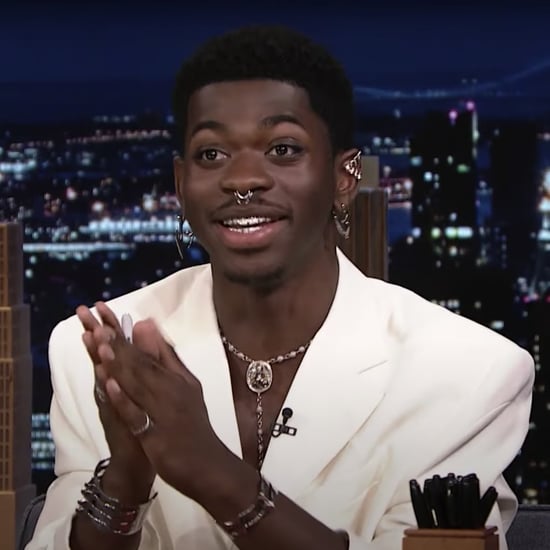