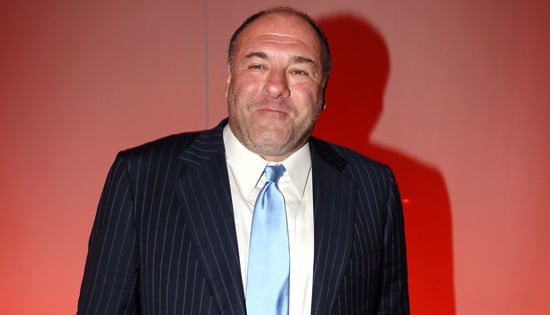 Sad news — The Sopranos star James Gandolfini has died at age 51. The actor reportedly suffered a heart attack early on Wednesday in Italy, where he was on vacation and planning to attend the Taormina Film Festival. James starred in films like True Romance, Get Shorty, and Zero Dark Thirty but will be best remembered for playing mob boss Tony Soprano on the HBO drama for six seasons. He recently wrapped filming on Animal Rescue with Tom Hardy and Noomi Rapace and was working on shows for CBS and HBO.

HBO released a statement today, saying, "We're all in shock and feeling immeasurable sadness at the loss of a beloved member of our family. He was a special man, a great talent, but more importantly a gentle and loving person who treated everyone, no matter their title or position, with equal respect. He touched so many of us over the years with his humor, his warmth, and his humility."