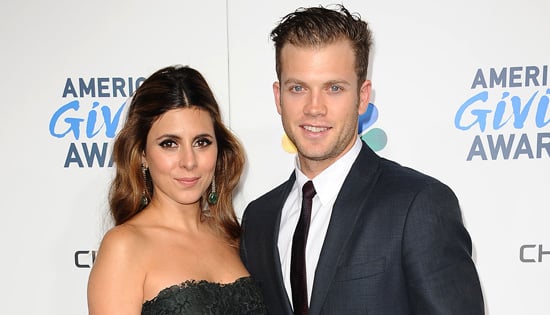 Jamie-Lynn Sigler and her fiancé, Cutter Dykstra, have welcomed a baby boy! Jamie reportedly gave birth on the afternoon of Wednesday, Aug. 28, and a rep for the couple released a statement on their behalf, saying, "Both mommy and baby are great!"

This is the first child for Jamie-Lynn and her baseball-player beau, who got engaged in January 2013 and announced that they were expecting in early February. The Sopranos actress recently held a star-studded baby shower at the Thompson Hotel in Beverly Hills with guests like JoAnna Garcia Swisher and Lea Michele. Congrats to the happy couple!