January Jones was in Kansas City over the weekend for an appearance at the NASCAR Sprint Cup Series. She was dressed for the occasion in a sleek leather jacket as she greeted Dale Earnhardt Jr. on stage. On last night's Mad Men, Don and Betty Draper enjoyed a whirlwind trip to Rome where they showed that some things really are better on vacation. There was a lot more excitement on the episode — check out Buzz's maddest moments here and weigh in on whether you think Sally is old enough for Betty's kissing conversation. 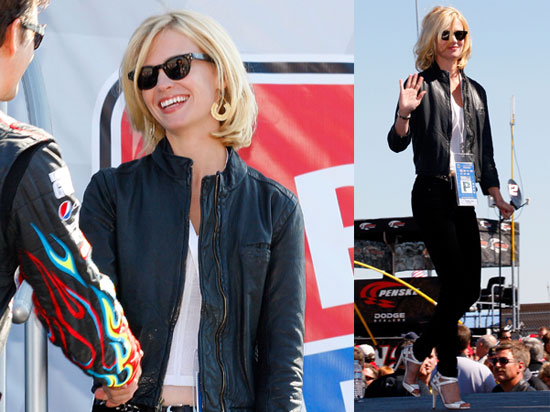