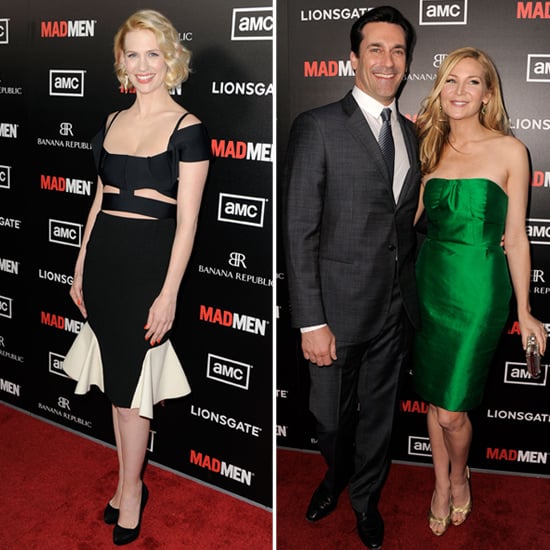 The cast of Mad Men came out for the season five premiere of their series at the ArcLight Cinemas in LA last night. January Jones and Jon Hamm were back on the carpet after promoting their Mad Men drama at PaleyFest on Tuesday. January chose a sexy black cutout look by Roland Mouret for the occasion and stopped to chat with us about life as a working mom. She said her costars were understanding even though it was sometimes hard to juggle baby Xander and the filming schedule. Jon Hamm, who brought a Kate Spade clad Jennifer Westfeldt, touched on the changes we can expect this year as the characters head later into the 1960s. Stay turned for more from our red carpet interviews in PopSugar Rush later today! Keirnan Shipka, John Slattery, and Robert Morse were also on hand, though Christina Hendricks and Elisabeth Moss didn't made the event.