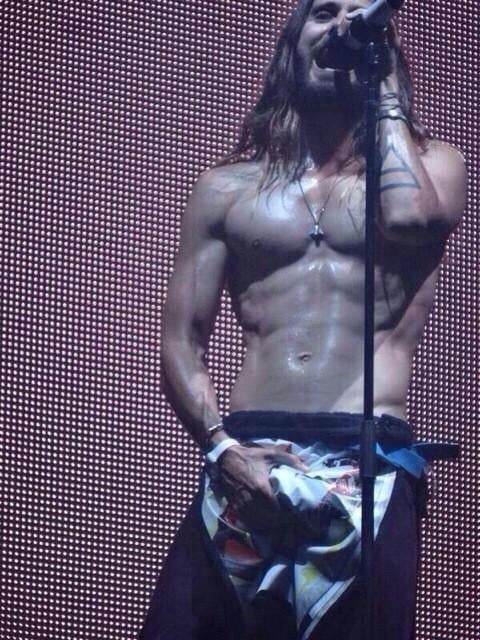 Jared Leto has been pulling off the most epic crotch grabs in recent history during performances with his band, Thirty Seconds to Mars this month. While playing the group's hit "End of All Days," the rock star and Oscar winner is taking the opportunity to grab his package as he sings the line "seduction is my game." This has happened twice now, so we're inclined to believe him. Check out the most recent photos, plus a GIF of Jared's crotch grab on stage in Toronto below.

Jared LetoViral Videos
Around The Web

Viral Videos
I Hereby Declare Sebastián Rulli — and His Shirtless Videos — the King of Latin TikTok
by Maria G. Valdez 5/19